Luke Kidgell – Because I Can 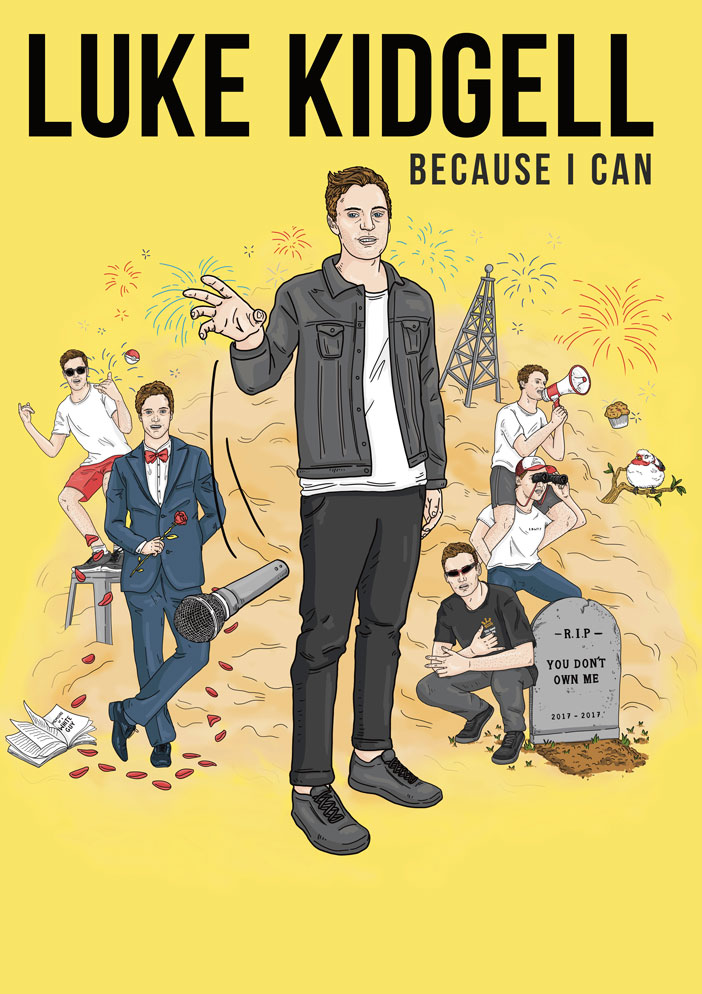 Luke Kidgell is coming to Canberra for the very first time with his best show yet!

With over 300,000 fans online, a national Radio show, and a popular comedy podcast. Luke is one of the biggest online comedy entertainers in the country.

After selling out shows Australia wide on his debut National Tour in 2017, he returns to the stage to do what he does best, tell some damn good jokes.

Luke holds nothing back as his charming antics are brought to life in a hilarious brand new hour of stand up, ‘Because I Can’.

Luke endeavours to answer the big questions that no one’s asking. But why though?” I hear you ask. Because he can.