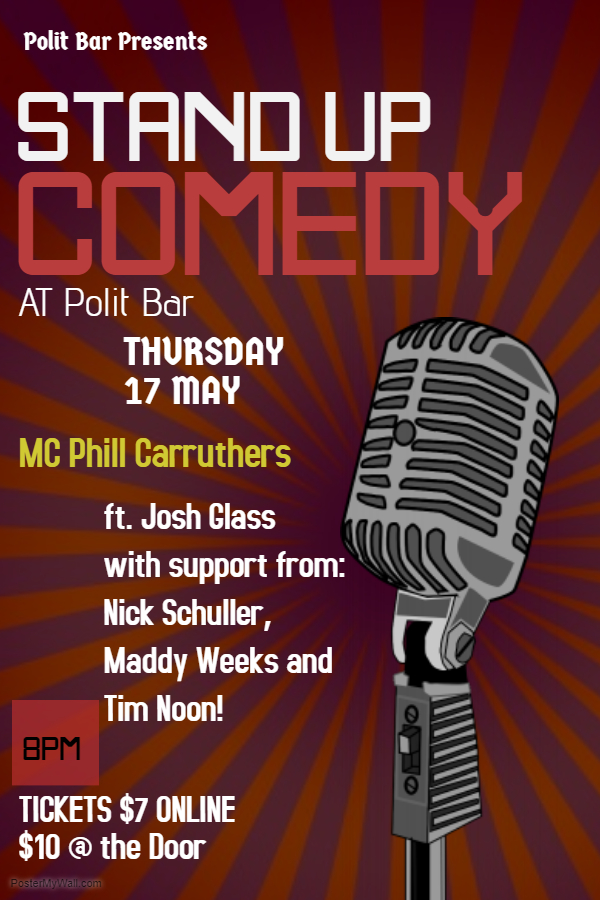 LolPol is back this May with a huge show to fill your comedy needs! Your headliner this month is the very talented and always engaging Josh Glass.

Josh is a Canberra comic who has been smashing it out of the park (whenever he’s in a park, it’s pretty violent) and has a very impressive comedic arsenal at his disposal. He’s honest without being preachy, inventive without being scientific, original without being cryptic, and compelling without being a Ted Talk.

Join Josh for what promises to be a hilarious evening, covering an impressive array and depth of whatever is on his mind!