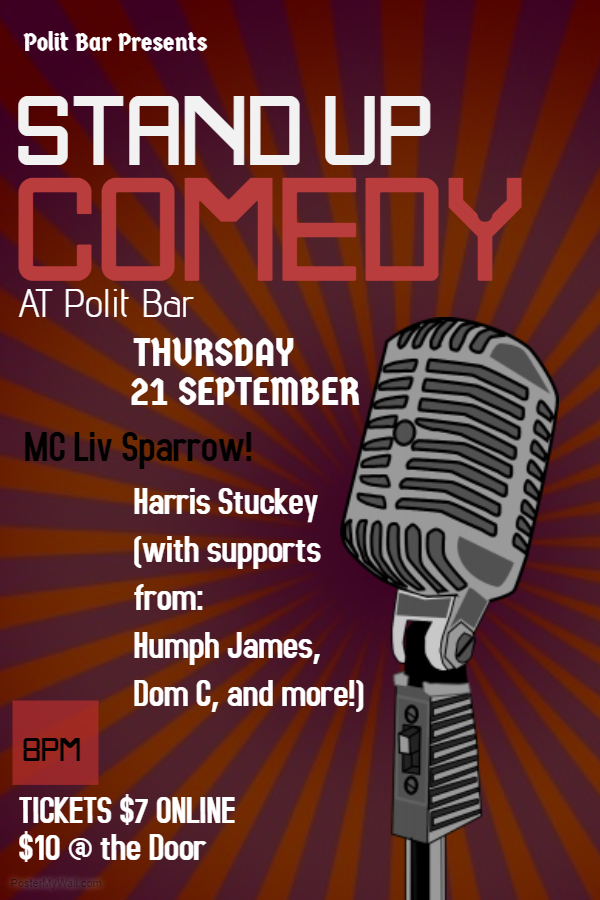 This month at Polit we will be entertained by the great Harris Stuckey (the great)! Harris is great, and he has done it all – and due to having a strong bias for routine – is happy enough to do the same venues again!

He’s performed all around the country, he’s performed in a bunch of comedy festivals, he’s straight-up slayed wherever he’s gone. So join him for a fun night of laughter, gags, n’ goofs!

This show will be hosted by the hilarious Liv Sparrow, with supports from Humph James, Dom C, and a mystery guest!

PLEASE NOTE: Online sales close at 4pm on the day of the show.