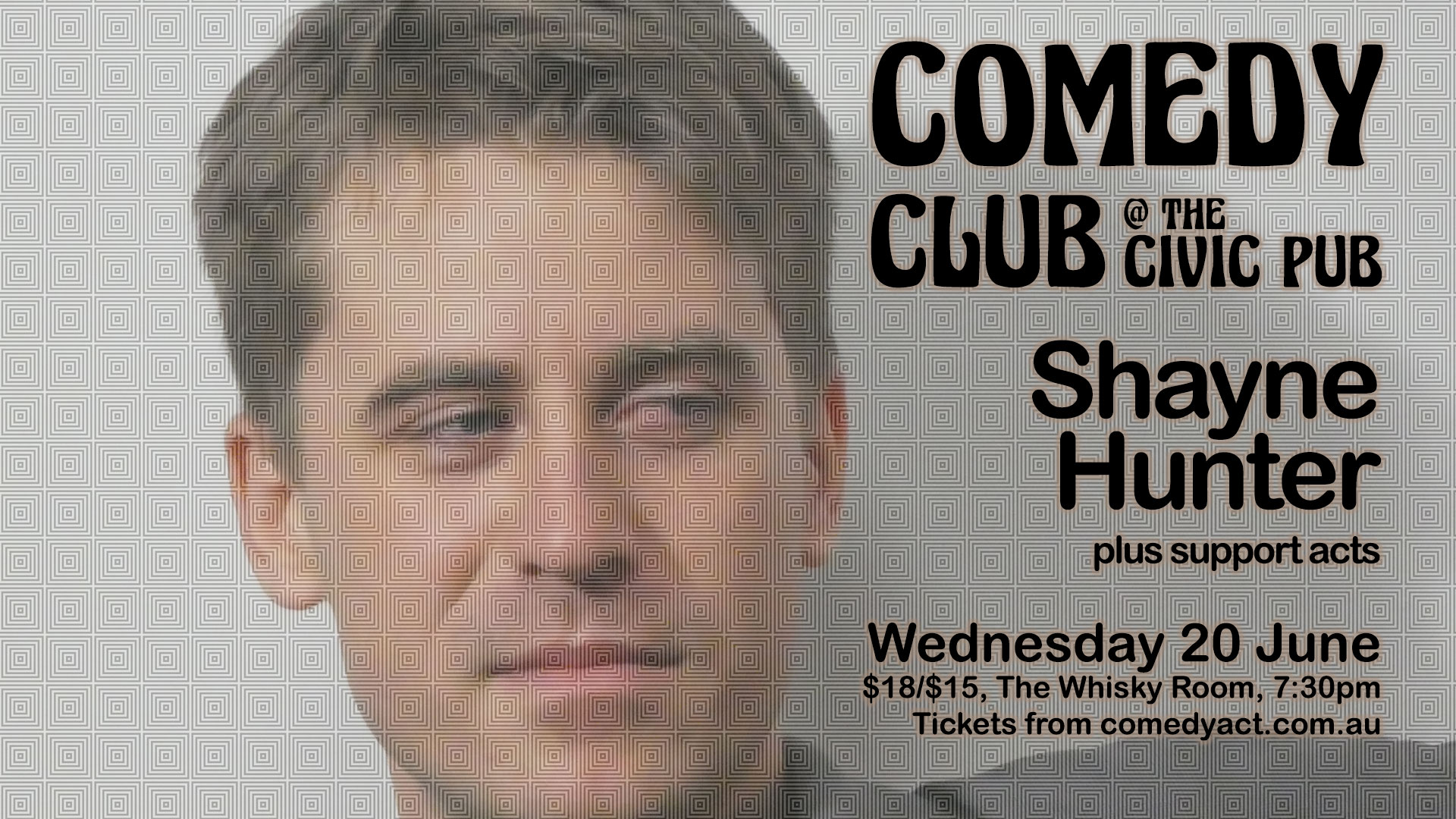 In 2010, Shayne was selected for the prestigious Melbourne International Comedy Festival Comedy Zone. He toured every capital city, constantly sharpening his stand up skills on the road becoming one of the Australia’s most original and interesting voices.

2013 saw Shayne step back from the mic and focus his energy and voice as a political activist, participating in fundraisers for refugee and aboriginal rights.

In 2016 he returned to the touring on the national comedy circuit. In 2018 he is stepping it up and taking his show “Blaze Against The Machine” to the Brisbane, Sydney, Melbourne and Perth Comedy Festivals.

Shayne Hunter is an Australian Comedy Maverick. Intellect in disguise, Shayne’s smart, poignant and socially aware comedy pushes boundaries in pubs, clubs, arts centres – any setting is a suitable backdrop for his biting, big-laugh perspective. To comedy fans: don’t miss Shayne’s thoughtful, often manic comedy. It can be vicious, it can be raw, but it’s always hilarious.

Shayne will appear with local supports.