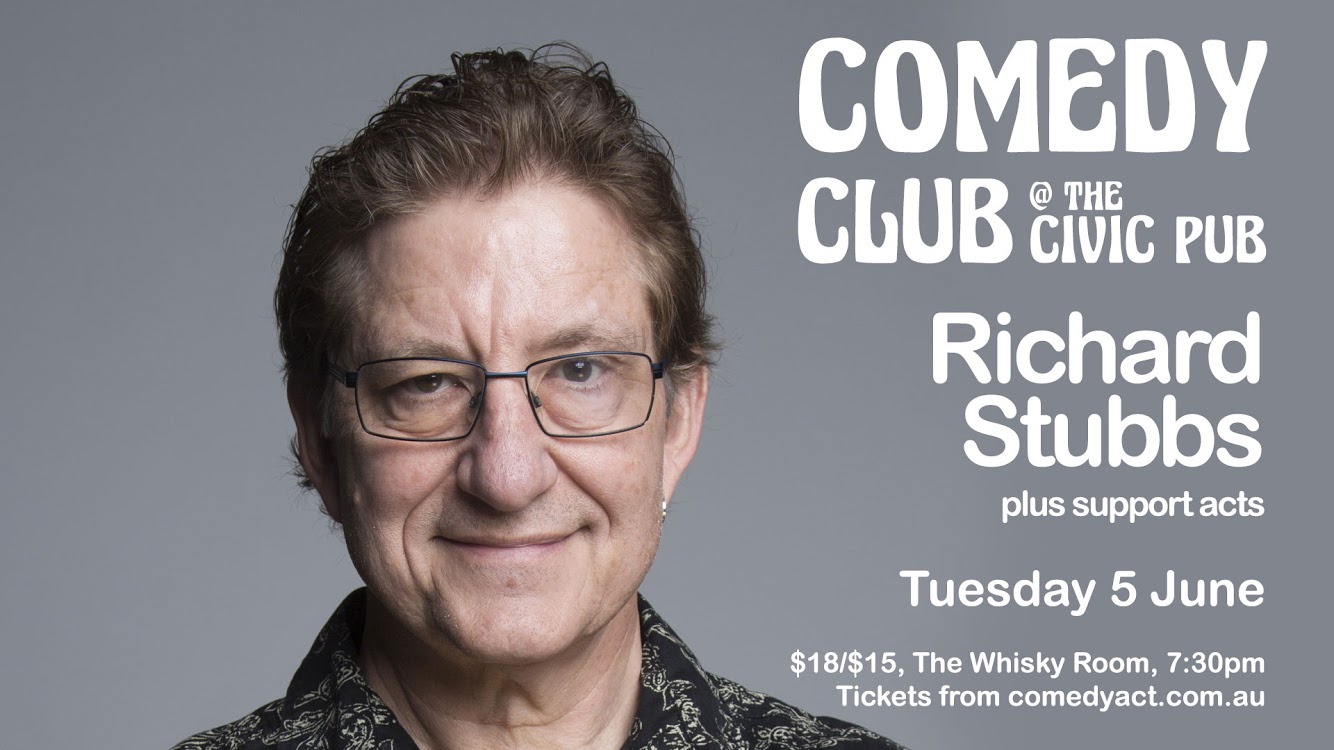 Comedy Club moves to a Tuesday Night because of the State or Origin.

Richard Stubbs has long been known as one of Australia’s finest stand-up comedians. Although you’ll know him from decades of success in the media, stand-up is his first love.

He’s been a massive radio star for decades (from the XY Zoo, to Triple M, to ABC 774),  and has been a welcome and hilarious guest in our homes and cars throughout our single, married & parenting lives.  He was the stand-out guest host on Seven’s Tonight Live.

His natural habitat has always been on stage, from his beginnings at The Last Laugh to his totally sold out ‘comeback’ solo show at the Melbourne International Comedy Festival in 2017.  He currently appears on TV Morning Extra, Studio 10, is heard on The Weekend Break on 3AW each Saturday at 2pm and performs stand up and corporate gigs all over Australia.

Richard will appear with local supports.

Don’t forget, a one off Tuesday Comedy Club.