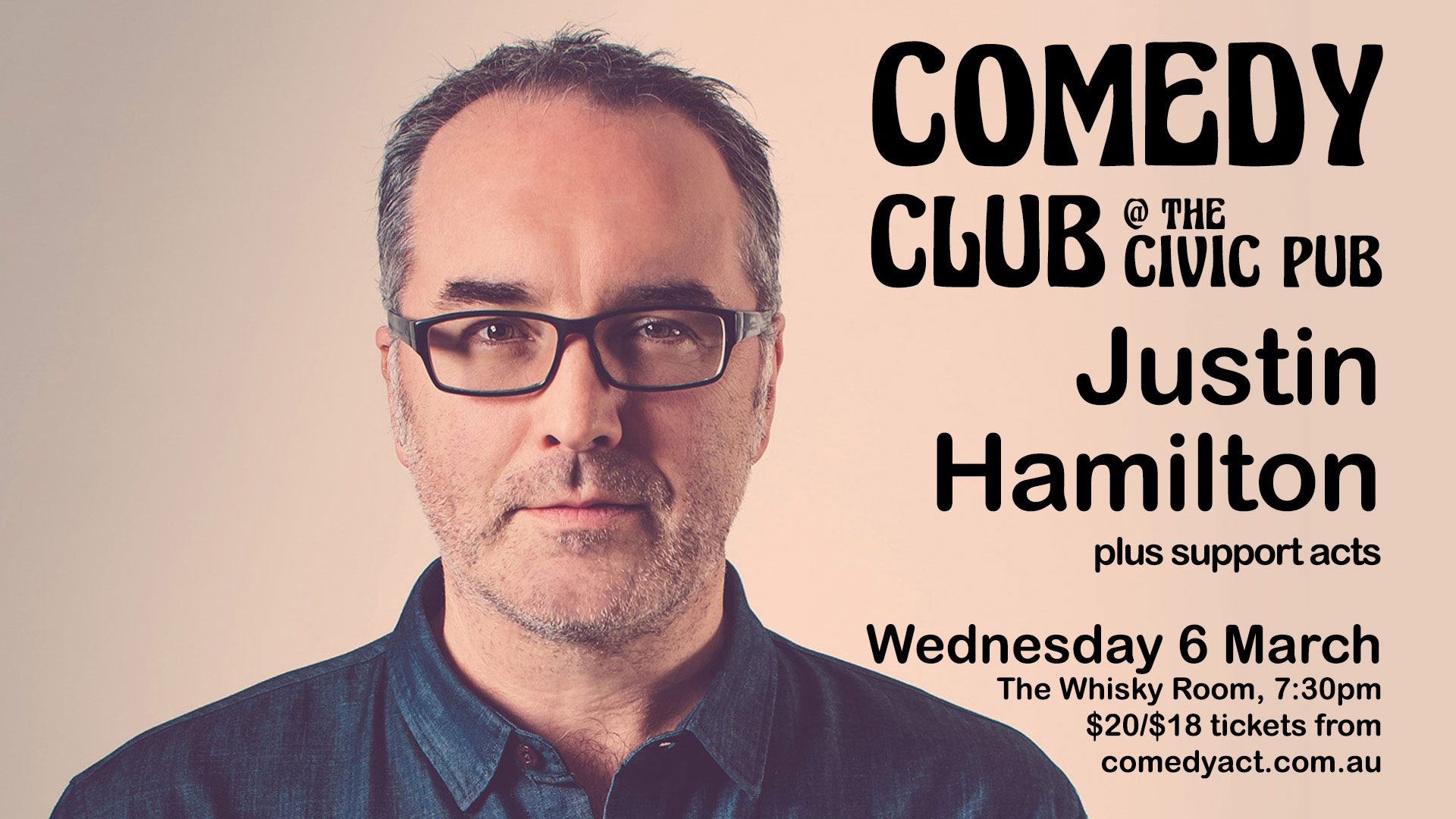 Hamo is coming to Canberra!

After twenty-plus years in the industry, Justin Hamilton has carved out an incredibly successful career as a stand up comedian, writer and director while maintaining his unique voice within the Australian Comedy scene.

Justin started his career back in 1994 as part of the musical comedy duo The Bunta Boys, touring all over Australia for the next five years, and supported acts as diverse as Alexei Sayle, The Doug  Anthony All-Stars, Judith Lucy, Powderfinger, Sue Anne Post and The Clowns of Decadence.

Justin is also the producer, curator and host of comedy variety show The Shelf. Alongside his friend, the fabulous Adam Richard, they have hosted some of the best comedians from Australia and abroad including Wil Anderson, Hannah Gadsby, Rove McManus, Tony Martin, Glenn Robbins, Celia Pacquola, Cal Wilson, Dave Hughes, Rich Hall and Andy Zaltzman.  Justin still finds the time to be one of Australia’s premier stand up comedians.

In 2016 he performed two brand new shows Hoot and Justin Hamilton – LIVE!, as well as performing at Just For Laughs Sydney. Justin’s 2017 show Bunta Boy was a celebration and reflection on the beginning of his comedy career.

“Hamilton resists the easy laugh lines that are the staple of stand-up and that are instantly forgotten. Instead, the show is memorably, blisteringly funny, and poignant at times.”
The Australian, Penny Durham
“An unforgettable performance… his jokes are intelligent, witty and very entertaining. You should not miss this. Absolute stand out. 5 stars.”

Host for the night will be Chris Ryan, plus local supports.