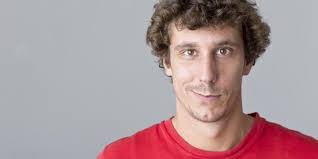 Townes first hit the Sydney comedy scene with his acerbic, intelligent, and laid-back stand-up style in 2003, and quickly made his mark as one of the country’s best live acts and most sought after comedians. His live performances are packed with killer one-liners, insightful social commentary, and dark and hilarious personal stories.

Check out some of Daniel’s stuff here: https://www.youtube.com/watch?v=OPLJ4h17MJQ