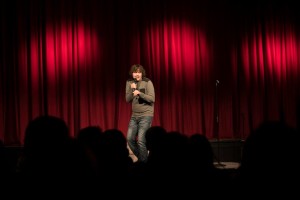 A staple of the Canberra comedy scene for the past four years, Simon Bower is the annoying little brother you never had. He giggles at his own jokes, he’s bad at girls and he’s writing this bio in third-person like a pretentious ass. But he’s also disarmingly honest and willing to tell very embarrassing stories about himself in order to make strangers laugh, even having done so in sellout shows at the Canberra Comedy Festival, Melbourne International Comedy Festival and Adelaide Fringe Festival.

So come down to Polit Bar to get to know Simon Bower a little better, if only so you can learn from his mistakes (and laugh at them, of course).