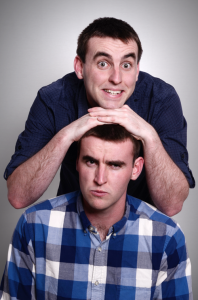 Who knows what 2016 will bring, but one thing is for sure the final show of 2015 will be cracker with Canberra lads made good – The Stevenson Experience.

Benjamin and James Stevenson are identical twin brothers who combine to form the musical comedy duo The Stevenson Experience. They have placed in the Grand Final of every national comedy competition in Australia, and been crowned the nation’s funniest new comedians.

Get your tickets here