Comedy Club at The Civic Pub featuring Matty and Marty 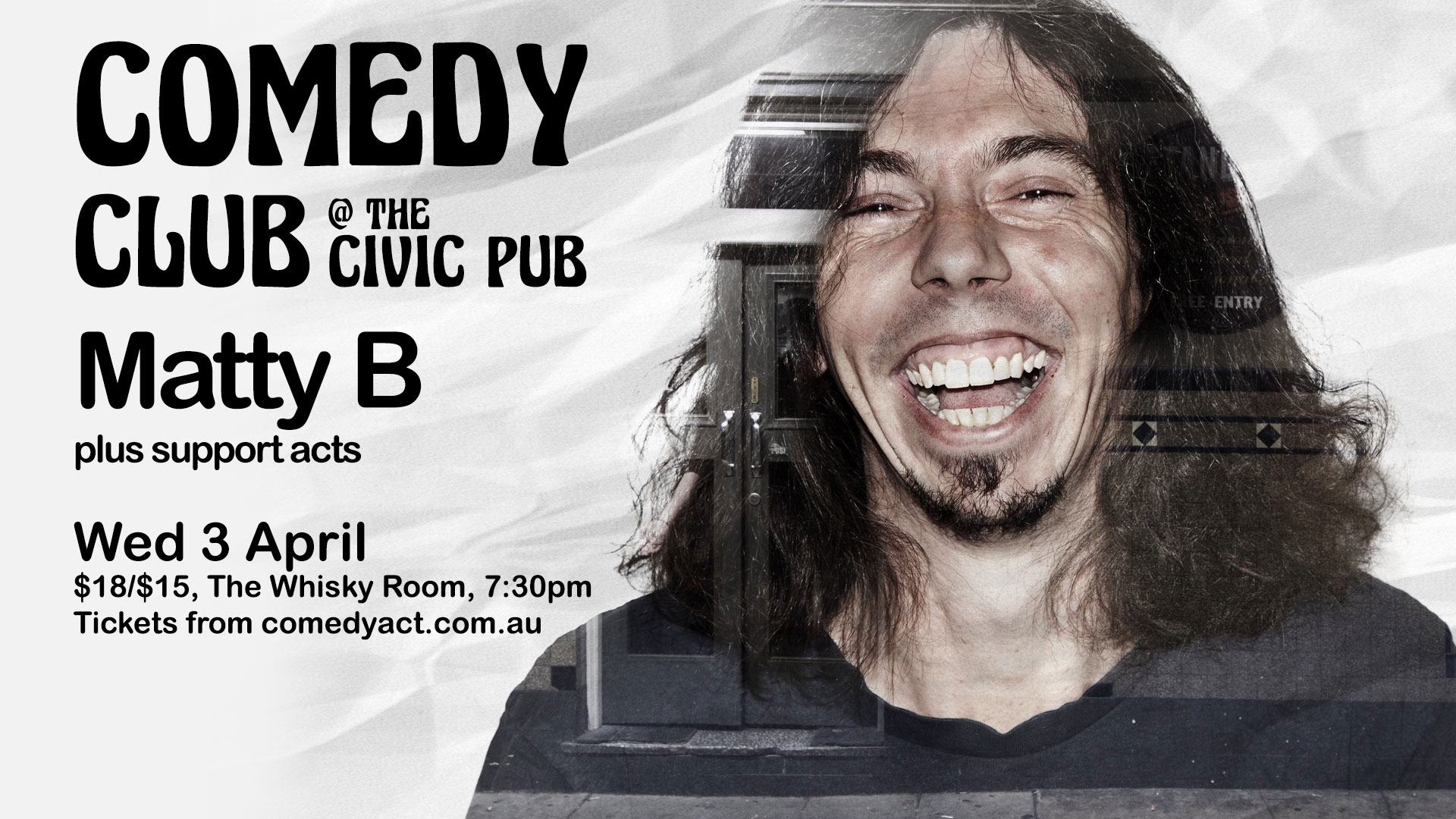 Headlining April will be Matty B

Newcastle bred comedian Matty B is rising up the ranks of Australian comedy as he forges a reputation as joke writer and unique performer. In between releasing an album, performing at The Melbourne International Comedy Festival, Sydney Comedy Festival and The Adelaide Fringe Festival he is fast becoming a staple on the the national club circuit, headlining and hosting across the country. His most recent show, Flanno Worries received critical acclaim and has been described as ‘uniquely esoteric’ and ‘brilliant alternative art expertly performed.’

Host for the night will be Marty Bright

Marty Bright has been performing his unique brand of observational physical comedy around the country and the world for the past 7 years. Having been hand chosen for the prestigious FRESH, BREAKOUT and ROADSHOW shows at Sydney Comedy Festival, Bright has established himself as an affable and charismatic performer that is in demand around the Australia. Marty has also taken his comedic exports far and wide, having performed around USA, Canada and New Zealand at the top clubs including the Comedy Store in LA, Caroline’s and Broadway Comedy Club in NYC and The Comedy Nest in Montreal.

Matty and Marty will be joined by local comedians.