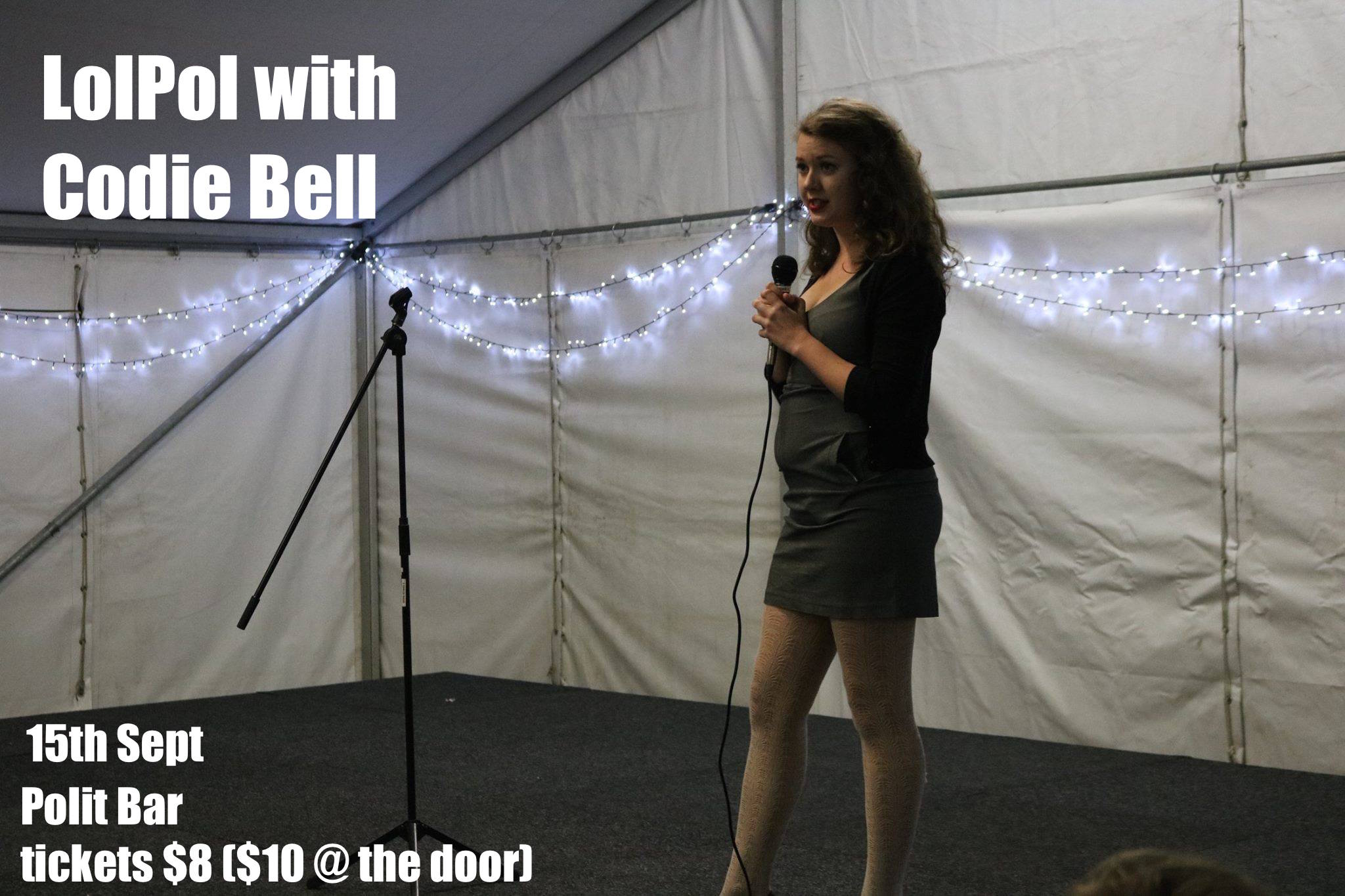 Codie Bell is a comedian and social media tragic who has been offending sensitive men in comedy rooms across Canberra since the beginning of the year. She has been a feature artist at Slamboree, Canberra’s best monthly scout-themed slam poetry night, as well as organising and hosting the ANU Women’s Department ‘Unattainable Standards’ comedy night, which saw a host of aspiring women comics take the stage for the first time. Active in both the Canberra comedy and feminist scenes, she has taken part in a “Fearless Funny Women” panel hosted by literary collective Feminartsy.