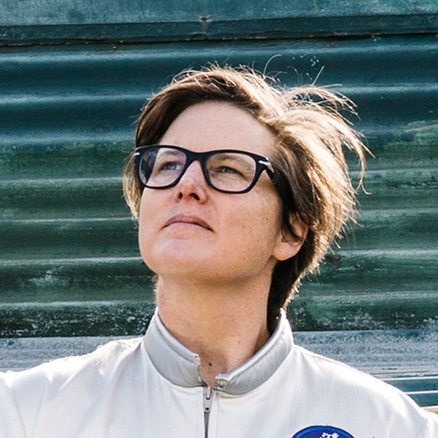 Hannah Gadsby is one of Australia’s most distinctive comic performers. A story teller par excellence with a joke rate that most dads at a family BBQ would envy, Hannah is guaranteed to tickle your humour fancy, if not split your sides, as she takes you on an unforgettable journey through her unusual brain. Her droll delivery, delightful wordplay and heart breakingly funny, self-deprecating observations have delighted audiences all over the world, drawn critical acclaim and a swag of awards.

A regular on our TV screens Hannah is at her absolute best when she is playing herself, so much so she was cast on ABC TV’s hit Comedy series Please Like Me where she stars as the character Hannah. She is not really acting.

In Dogmatic, Hannah will be attempting to explain her thought processes and woeful life choices that have led her to where she is today. You will laugh. She will remain confused.

“just wonderful…such warmth, such candour, such intelligence and so many, many laughs” ★★★★★ The Scotsman 2013