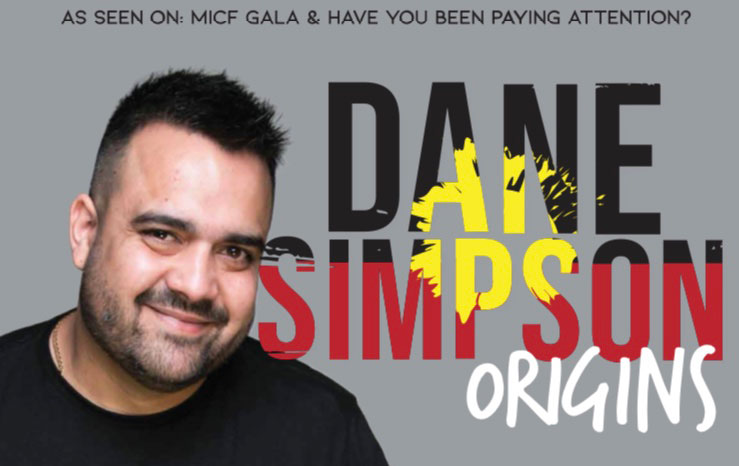 His super-clever Mum loves bucking the system. His hilarious Dad puns like it’s an Olympic event*. After sold-out shows around the country, Wagga’s favourite son is back in his first solo show to answer the question: where does his comedy comes from?
*He’s a long-distance punner.

Dane Simpson is one of Australia’s rapidly rising stars. In the past few years he has been a finalist in the national Deadly Funny competition, has toured to almost every state and territory of Australia (one day, Tasmania, one day…), has starred in the hit stand-up comedy show Aborigi-LOLand has appeared on Have You Been Paying Attention? and the 2018 Melbourne International Comedy Festival Gala.

‘Dane Simpson proves that the best comedy can be found in the most genuine human experience.’ The Daily Advertiser.