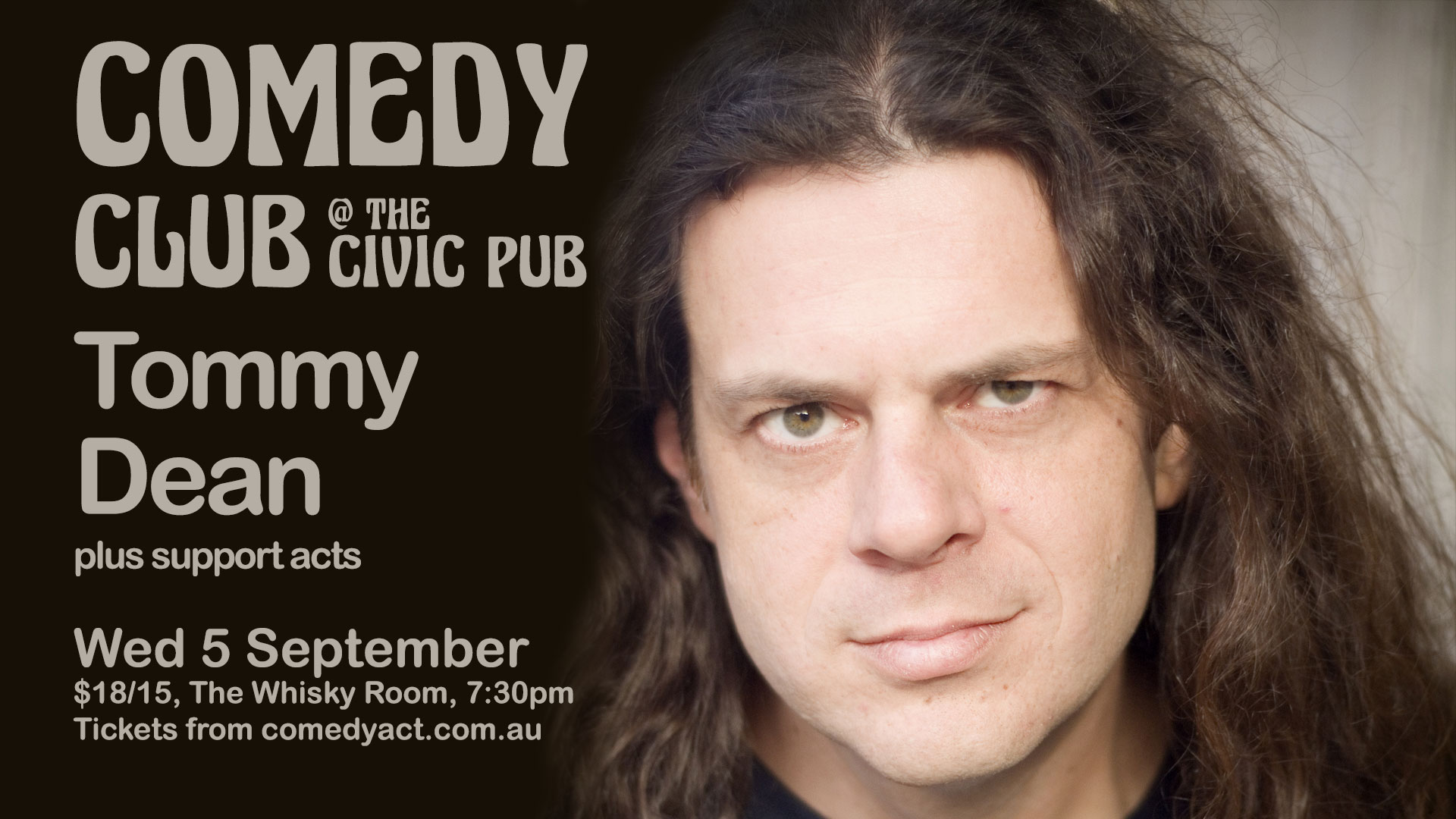 If you have never seen Tommy Dean you are genuinely missing out on a master of the comedy language. He seems to see life as an enormous equation in front of him and solves it in an instant with a mind-bending laugh. You would no doubt have seen this guy on countless TV shows such as Spicks and Specks and Good News Week. He has also been the main chair on ABC Radio program TGIF every Friday for over a decade.

Tommy’s astute clean observational comedic style consistently make him a stand out winner with theatre audiences corporate clients Festival producers TV and radio shows alike. With pin sharp banter genial manner and a vast stock of broad appeal hilarious routines interweaving the foibles of his adopted home country with the dark reality of his home country Tommy never fails to connect with and impress any audience.

And since this is a Canberra show he would like state for the record his favourite Chinese restaurant is Mee Sing in the Lyneham Shops! He is also very fond of the coffee at The Front.

The show will be MCed by Greg Kimball, with supporting sets from Danny Bensley, Benny Eggmolesse and Liv Sparrow.