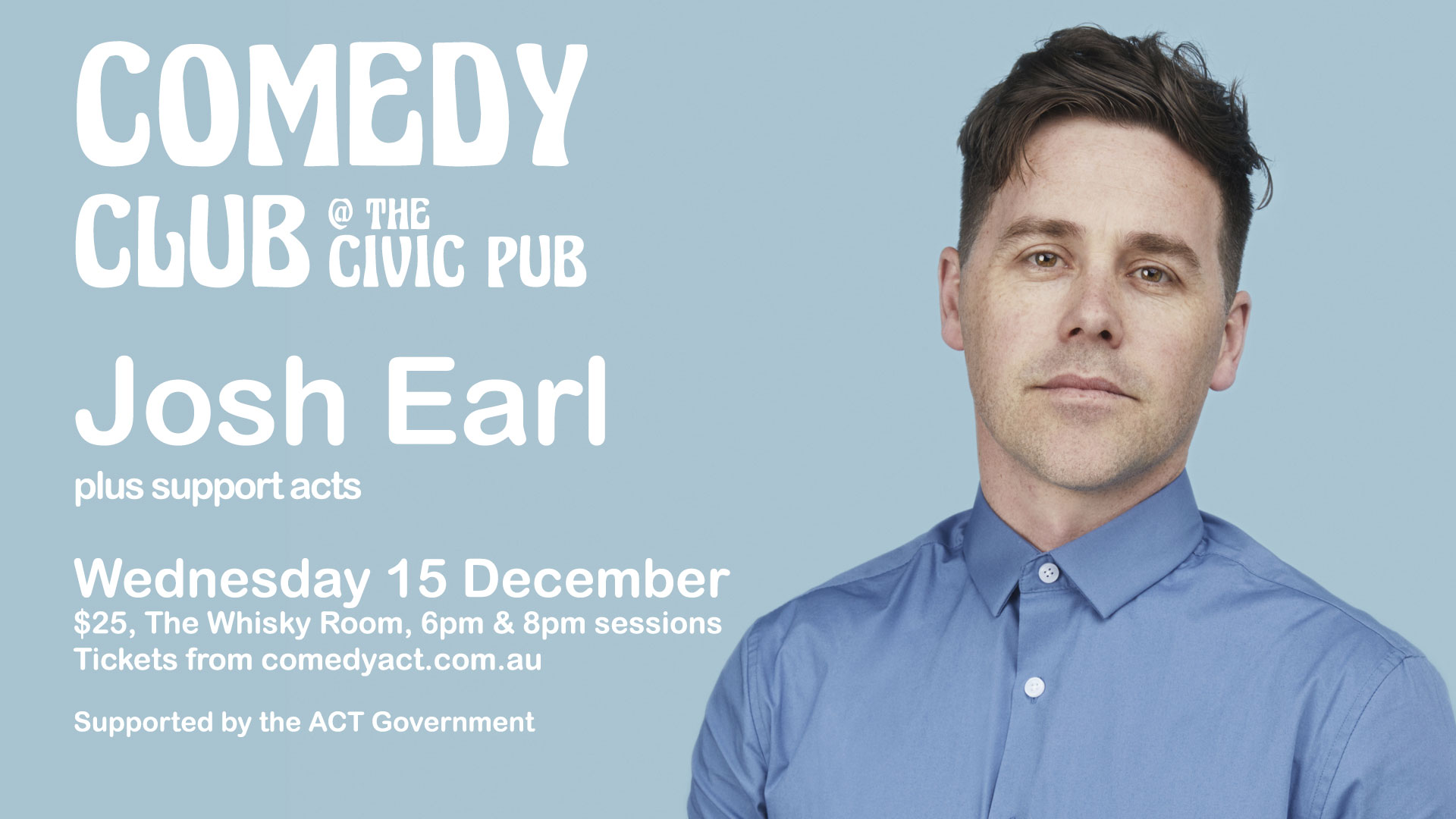 Josh Earl is an award-winning comedian, TV host, and creator of the hugely successful and hilarious podcast Don’t You Know Who I Am?

Josh is one of this country’s most versatile stand-up comedians, whether it is writing award winning shows about the Australian Women’s Weekly Children’s Cake Book or ditching his guitar and wowing sell out audiences around the country with his real life tale Talks about his decade long speech therapy sessions and wild family history. He has performed 12 full hour stand up shows at the Melbourne International Comedy Festival as well three hugely successful comedy shows for children which sold out seasons at both the Sydney and Brisbane Arts Festivals.

Supported by the ACT Government through the Amp It Up! Fund.