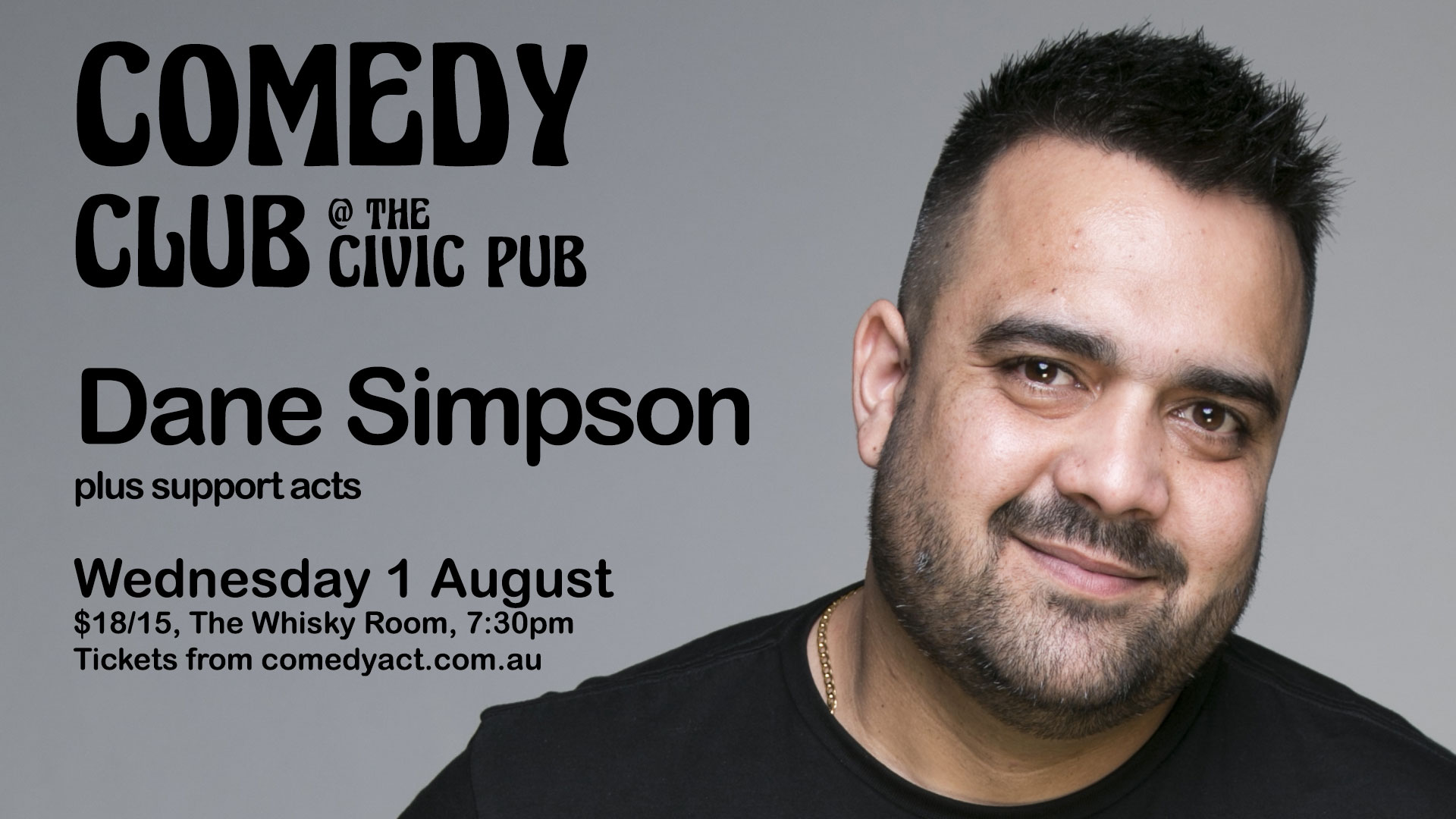 Please note that due to a scheduling issue Sam Taunton and Ben Kochan will no longer be performing at Comedy Club at The Civic Pub on Wednesday 1 August. The line-up now features Dane Simpson headlining, with Emo Parsonson, Chris Ryan and Bill Makin rounding out the line-up.

Dane Simpson recently performed at the Commonwealth Games Festival and you might have seen him on “Have you been paying attention?”.