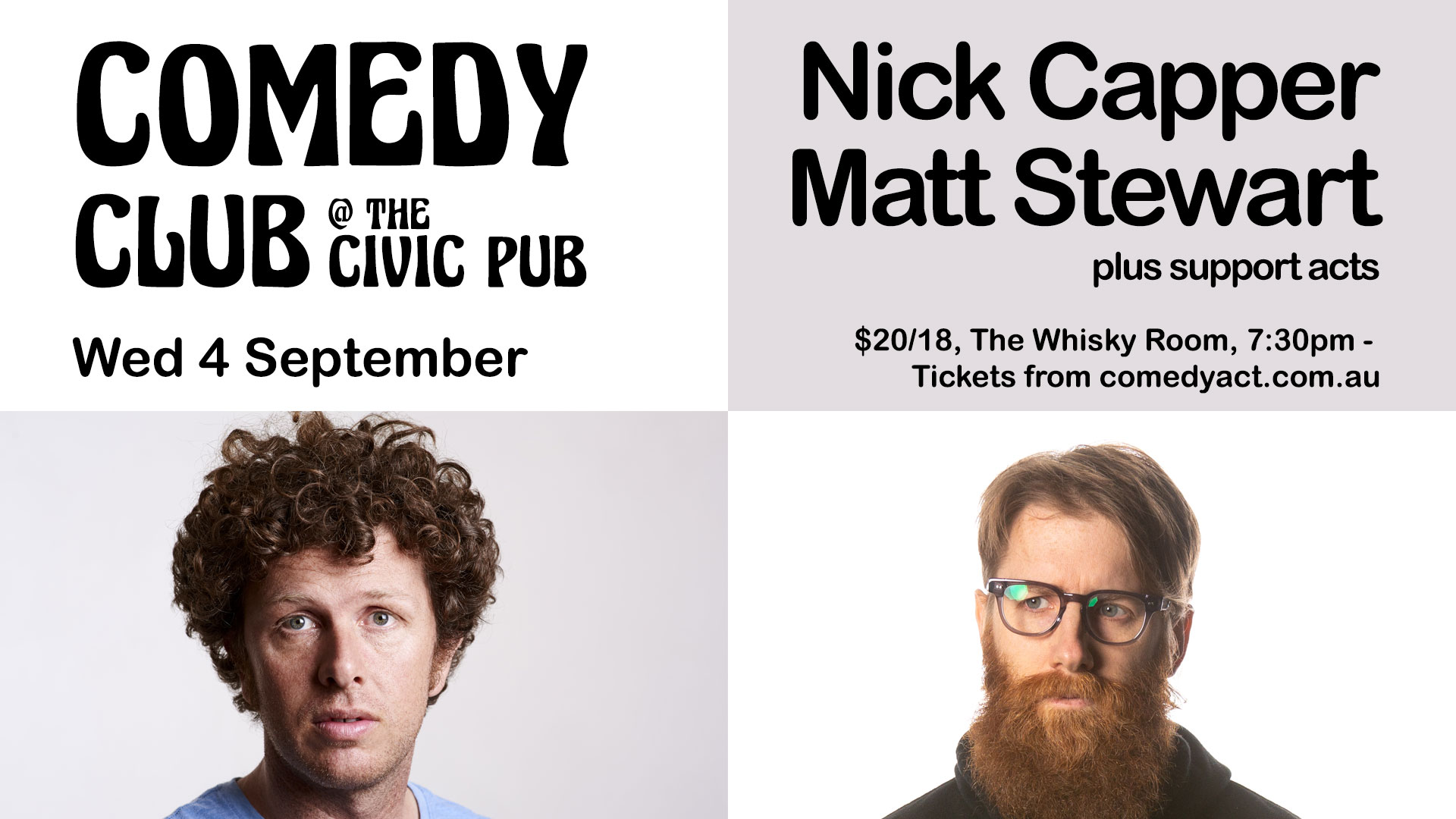 Nick Capper is a comedian who is comfortable in chaos. He may have you on the edge of your seat wondering if he knows what he’s doing, but don’t be fooled – having been in the comedy game for over ten years, his fly-by-the-seat-of-your-pants style is all part of the charm.

Capper is known from his appearances on ABC Comedy Up Late, Comedy Central, and Gocsy’s Classics. He’s also a podcast regular as heard on Ari Shaffir’s Skeptic Tank, The Phone Hacks, The Debrief with Dave O’Neil, and The Little Dum Dum Club.

Matt Stewart is a Melbourne based comedian with a trademark dry sense of humour.

He has been writing, directing and creating comedy since 2009 and has appeared in shows like Ronny Chieng: International Student, ABC’s Comedy Up Late, Sammy J’s Democratic Party and Why Are You Like This?  In 2014 Matt won Australia’s largest open mic stand-up comedy competition RAW Comedy and has since completed sell out runs at Melbourne Fringe, Perth Fringe World, Brisbane Comedy Festival and the Melbourne International Comedy Festival with his solo shows.

Matt also co-hosts the popular Planet Broadcasting podcast, Do Go On which has had millions of downloads from fans across the globe.

‘Stewart’s strength is his smart writing. He knows all the tricks and is skilled at either using or subverting them.’ Steve Bennett, Chortle

‘One of the most purely funny comedians in Melbourne, Matt Stewart’s trademark bone-dry delivery belies a brain for comedy with few rivals.’ Pedestrian.tv

Nick and Matt will be joined by local support acts.