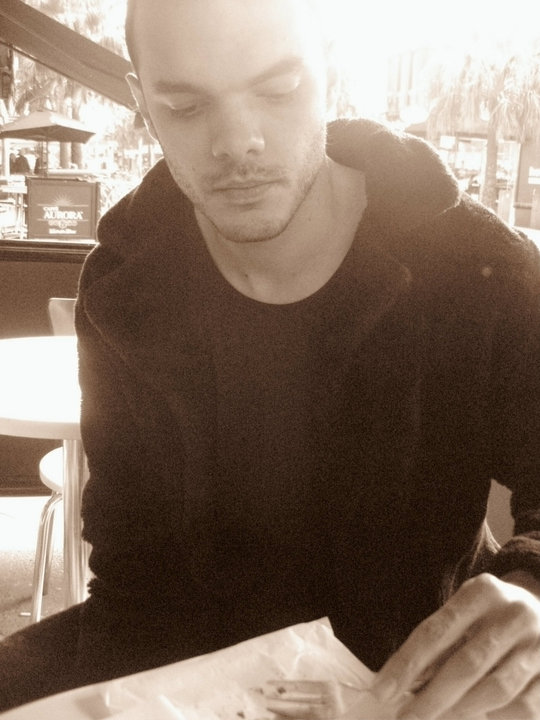 A Barry-nominated stand up who can kill in any club in the world; a creator of gentle, intricately crafted stage fables; an artist and composer with a filmic range and intensity.

In 2009 Michael Workman was crowned national champion of the Melbourne International Comedy Festival’s Raw Comedy competition, a coveted prize which attracts more than six-hundred entrants each year. The following year, he starred in the prestigious Comedy Zone showcase, and brought his debut Festival show The Ogre to Sydney and Perth, where it won the Wild West Comedy Festival award for Best Show.

In 2011 Michael’s Melbourne debut Humans are Beautiful took out the MICF Best Newcomer award, and received significant critical acclaim. The show also toured to Sydney Festival and to Edinburgh that same year.

2012 saw Michael become more experimental, producing the multimedia narrative comedy Mercy, which won ‘Best Comedy Show’ at Adelaide Fringe and was the only comedy to receive an award for excellence in the Sydney Fringe.Mercy also toured to Perth, Melbourne and overseas to Edinburgh, wrapping for the final time in the Soho Theatre, in London’s West End. The show was also filmed and aired on ABC2 for the Warehouse Comedy Festival series. It was one of the most popular episodes in the series, and the DVD was released that same year.

Michael’s beautiful and highly anticipated new show Ave Loretta made its official debut in the 2013 Melbourne International Comedy Festival and quietly stormed into the list of Barry nominees. Ave Loretta also toured to the 2013 Sydney Comedy Festival, and then to Perth Fringe World in late January 2014, garnering impressive reviews for all seasons.

Although primarily known for his exquisite festival shows, Michael is also a visual artist, a voiceover guy, a composer/musician and a knockout stand up. He regularly appears on the club circuit and in 2013 and 2014 toured regional NSW and Queensland with Sydney Comedy Festival Roadshow. He was also invited to be part of the prestigious Just For Laughs Gala at the Sydney Opera House. Performing with some of the best stand-up comedians from all over the world, Michael appeared on stage in The Stand Up Series, and his spot was also part of the series broadcast on the Comedy Channel.  Michael also turned his hand to writing for the second series of the ABC TV’s show Tractor Monkeys, and played a guest role on Peter Helliar’s hilarious ABC-TV series, It’s A Date.

2014 saw Michael return to the Perth, Sydney and Melbourne International Comedy Festivals with a new show – War – which the Herald Sun described as a “collision of unlikely concepts and Workman’s beautifully crafted, lyrical language… the signatures of his unusual and totally magical comedy.”

Michael continues to find new fans all over the country with his killer club spots, and is currently developing a prequel toAve Loretta based on the exploits of the show’s apocryphal band, The Soviet Waltz. He also toured his new work for festivalsWe Have Fun, Don’t We.

An exhibition of his visual art at Marios Café coincided with his festival season at the 2015 Melbourne International Comedy Festival.

“His attitude, and his thoughtful imagery, sticks with you long after you’ve left the venue. Impressive stuff, indeed.”Chortle

“Equal parts brilliant and bizarre, Michael is one of the most original voices on the scene in years. If Nick Cave did stand-up it would look like this.” Wil Anderson

The show will be hosted by Jay Sullivan, with supporting sets from Cy Fahey, Anthony Tomic, Ian Worst and Maddy Weeks.