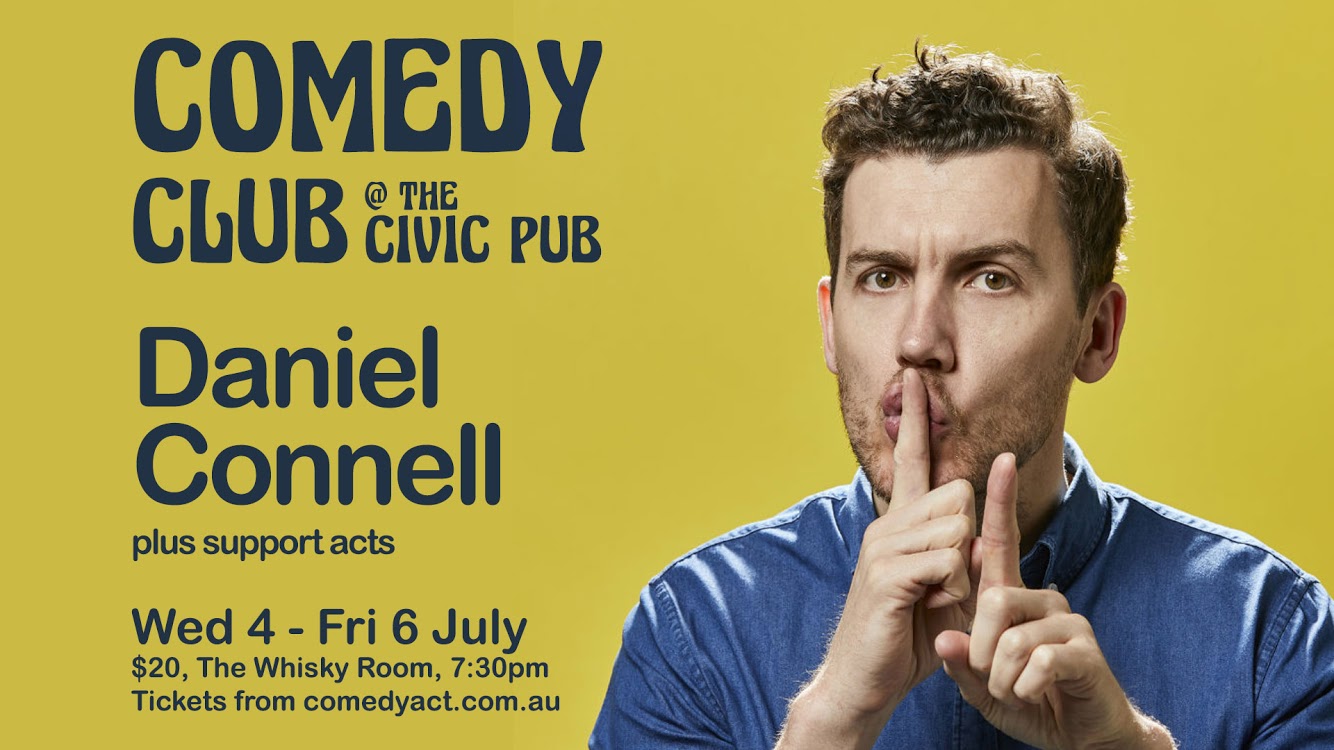 After a stellar 2017 Daniel Connell (as seen on the Melbourne International Comedy Festival Gala and Comedy Festival Roadshow) returns to The Civic Pub with a brand-new hour of stand-up! So grab your ticket, roll up and enjoy a Bit of Shush.

Tickets are $20 and are AVAILABLE HERE