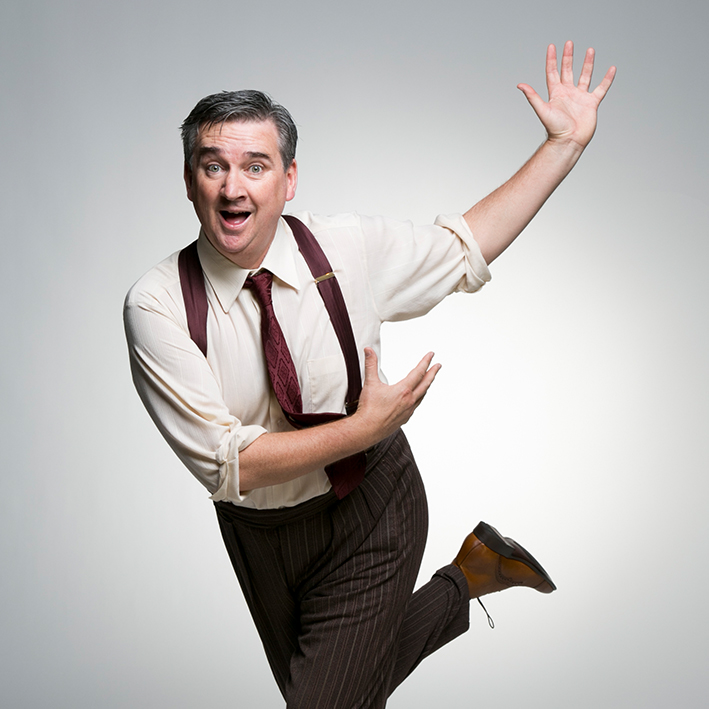 Damian Callinan is a multi award-winning stand-up comic, actor and writer. He is best known to TV audiences for his roles on Skithouse and Before The Game as well as regular guest appearances on shows such as Spicks and Specks and the Melbourne Comedy Festival Gala. He is also a regular contributor on 774ABC Melbourne.

However it’s for his prolific output of live shows that Callinan is best regarded. His most decorated one man show The Merger which earn him his third nomination for the prestigious Barry Award at the Melbourne International Comedy Festival is currently in development to be made into a feature film to be shot in 2017 & directed by Mark Grentell. His other award winning shows include Sportsman’s Night [Barry Nomination & Best Comedy Melbourne Fringe] Spaznuts [Piece Of Wood Comedians Choice Award at MICF] Proxy Heroes [Barry nomination] and his comedy dance show The Cave the Rave [ABN Amro Edinburgh Foreign Exchange Award]

Callinan is a touring machine: The towns who have not had one of this show posters adorning their bakery shop window are now few and far between. In 2015 alone he toured nationally with The Merger [SA & Vic] and The Wine Bluffs [SA & Vic] his new collaboration with comedian Paul Callejawhich saw the pair sell out their Melbourne Fringe Festival season with their well cellared piss take on the pretensions of the wine industry. HoweverThe Lost WWW1 Diary [TAS, Vic, SA & WA] has seen him clock up the most KM’s. As he toured this critically acclaimed work during the Gallipolli Anniversary, he has picked up a nomination for Best Comedy at Perth Fringe and earnt a planetarium of 5 star reviews.

In recent years his other acclaimed national tours have included The Complete Works of William Shakespeare (Abridged) with State Theatre Company SA: The 5th time Damian has performed this celebrated work and Road Trip with Mickey D and a documentary film crew. The team visited 23 towns, spending 48 hours in each before presenting a 90 minute show based solely on their experience in the community.

Damian will be touring with the doco team again in 2017 to create Townfolk: a show about the people that give each town it’s character.

2016 has been successfully hectic with Damian picking up a nomination for The West Australian Editors Choice Award at Perth Fringe for The Merger and was named by The Advertiser as one of the Picks of The Adelaide Fringe for the completely sold out season of The Wine Bluffs. His new work Swing Man premiered at The Malthouse Theatre at the Melbourne Comedy Festival to big houses and critical acclaim and has been picked up by RAV for national touring in 2017.

Damian was recently seen in cinemas as one of the ensemble lead actors in the cult hit Backyard Ashes. He has also recently appeared on ABCTValongside Rhys Darby on It’s A Date; Sammy J & Randy: Ricketts Lane and The Dr Blake Mysteries.

The show will be hosted by David Graham, with supporting sets from Greg Kimball, Vanessa Conlin, Andrew Bensley, Tom Gibson and Humphrey James.