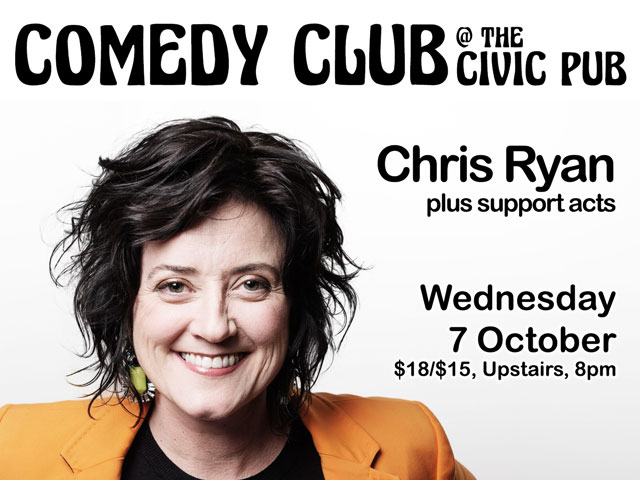 Chris Ryan is quirky, neurotic and riddled with self-doubt – making her one of life’s battlers and one of the funniest comedians to hit the scene in the last few years. Her self-deprecation and wry humour has seen her become an instant hit with comedy crowds, winning her the Raw Comedy ACT crown with her first performance. Since then she has supported top Australian acts including Akmal, Luke Heggie,  Sammy J & Randy and the Doug Anthony All Stars. Chris has performed in two sell-out shows at the Canberra Comedy Festival and at the Melbourne International Comedy Festival.