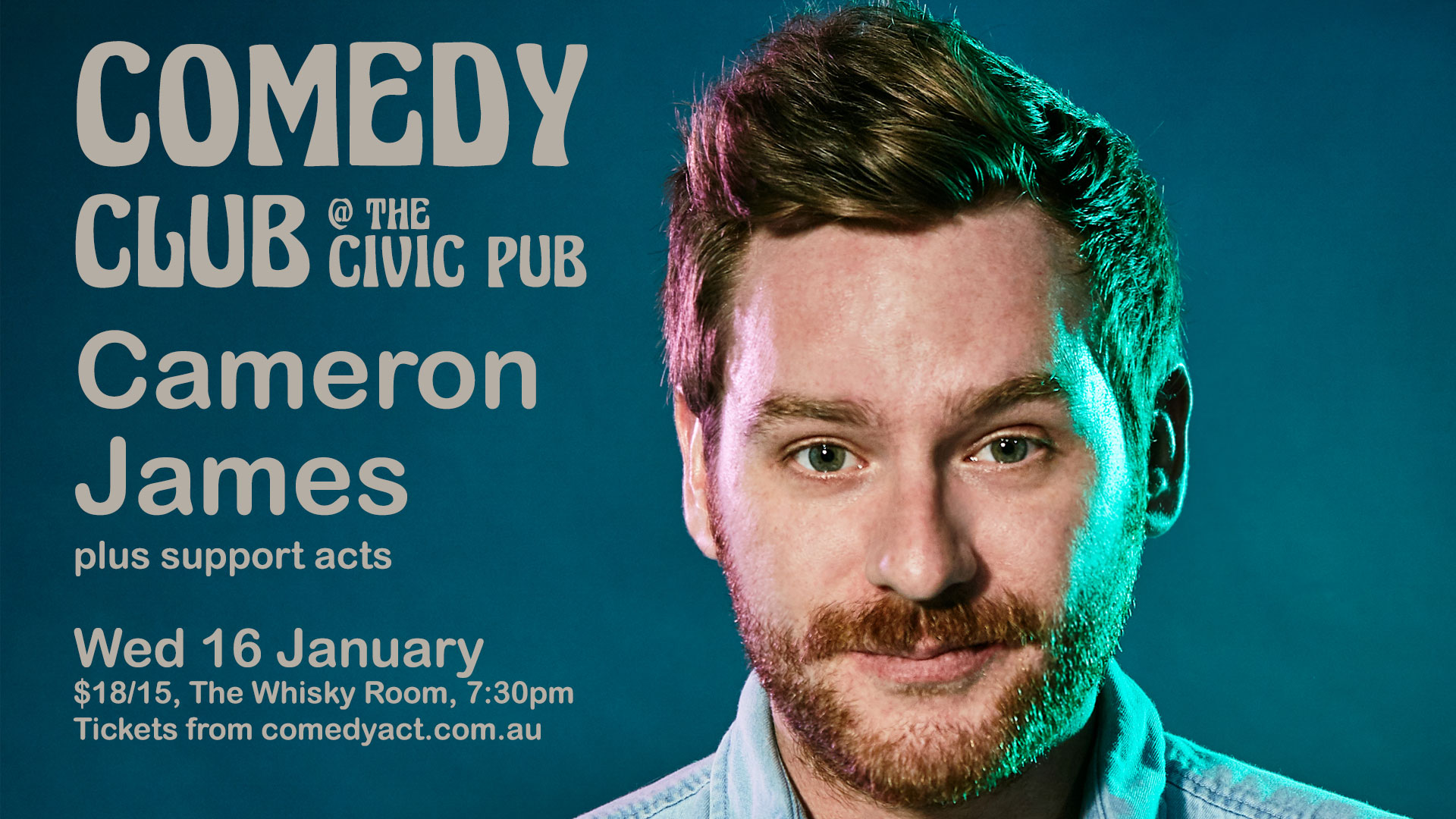 We kick of the new year with Cameron James.

Described by UK comedy publication, Chortle as “a natural on stage”, his laid back and confident demeanour combined with  seamless crowd work and an instinctive smooth improvisation style has gained him a reputation as one of the most exciting and hilarious performers coming up on the circuit today.

He can currently be seen being funny in Comedy Central’s popular “Share This” web series, which he writes and stars in alongside fellow comic Becky Lucas. They again teamed up when they were together selected to co-write, co-create and co-star in “Be Your Own Boss” as part of the Fresh Blood series on ABC. His face has also appeared on the ABC’s hit show “Utopia”, and you can hear him on his chart topping podcasts “Mike Check” and “Total Reboot”. He’s also funny in conversations with peoples’ mothers at parties.

Named one of the “Funniest Aussie Comedians To Follow On Social Media” by the Herald Sun, Cameron James is known for being a charming troublemaker with a reputation for being able to neatly deliver the art of observational and confessional material in both an intelligent and amusing approach.

“Very smart and very funny. If they keep making them this good, I’m going to have to work much harder” – Greg Fleet

The show will be MC will be Chris Ryan, with supporting sets from Bill Makin, Greg Kimball and Clark Norris (NT).