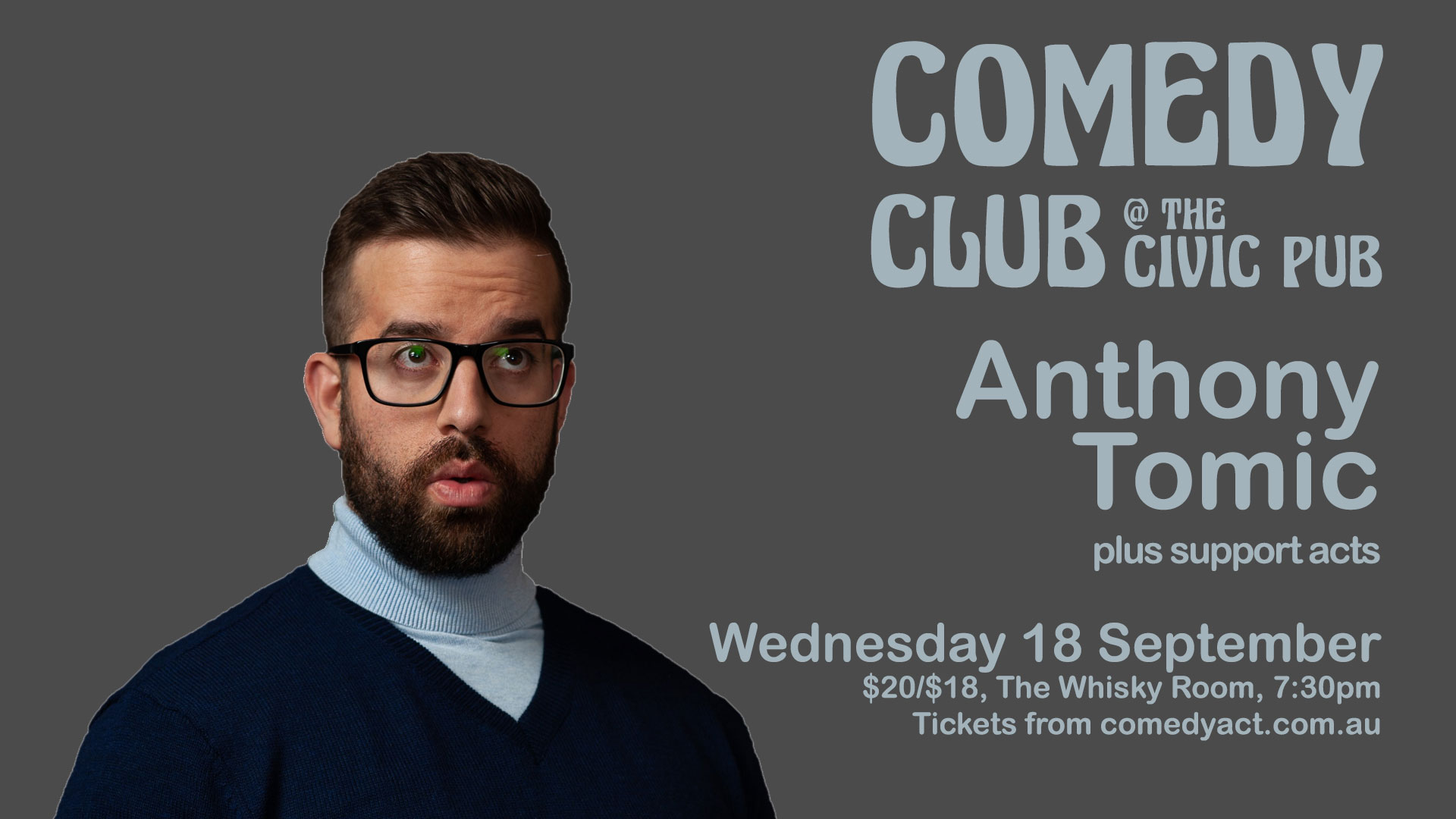 Anthony Tomic is a local comic who has been performing around the country over the past few years, sometimes on a stage. His story-telling and acerbic style has seen his star rise to the point that a barista once asked if he had a brother who was a comedian. (He doesn’t).

Anthony has had a massive 2019, with sold out solo shows in the Canberra, Melbourne and Sydney comedy festivals. This is not a night to miss!  Anthony will appear with local supports.