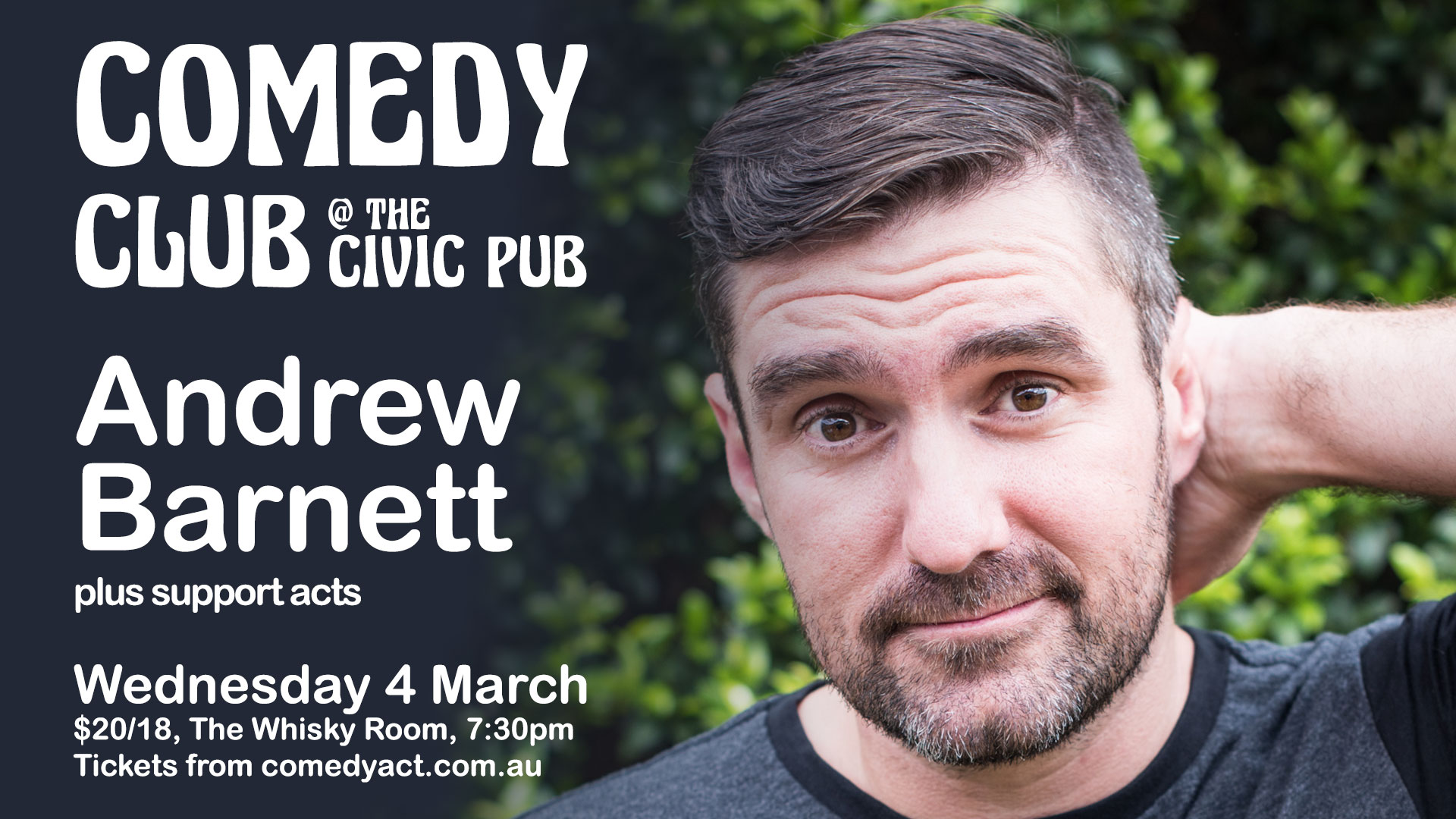 Andrew Barnett has established himself as a crowd favourite in Comedy clubs across Australia and New Zealand. He is an award winning comedian who has written and performed for television and radio. Known as Barney to the audiences of Fox Sports, he is the cohost of The Night Watchmen on Fox Cricket and The Professor’s Late Hit on Fox League he also makes regular appearances on Sunday Nights with Matty Johns.

As a stand up, Andrew has a relaxed style which belies a razor sharp wit. He has performed sold out shows at Festivals across Australia.

Greg Kimball will MC the show which will also feature local supports.