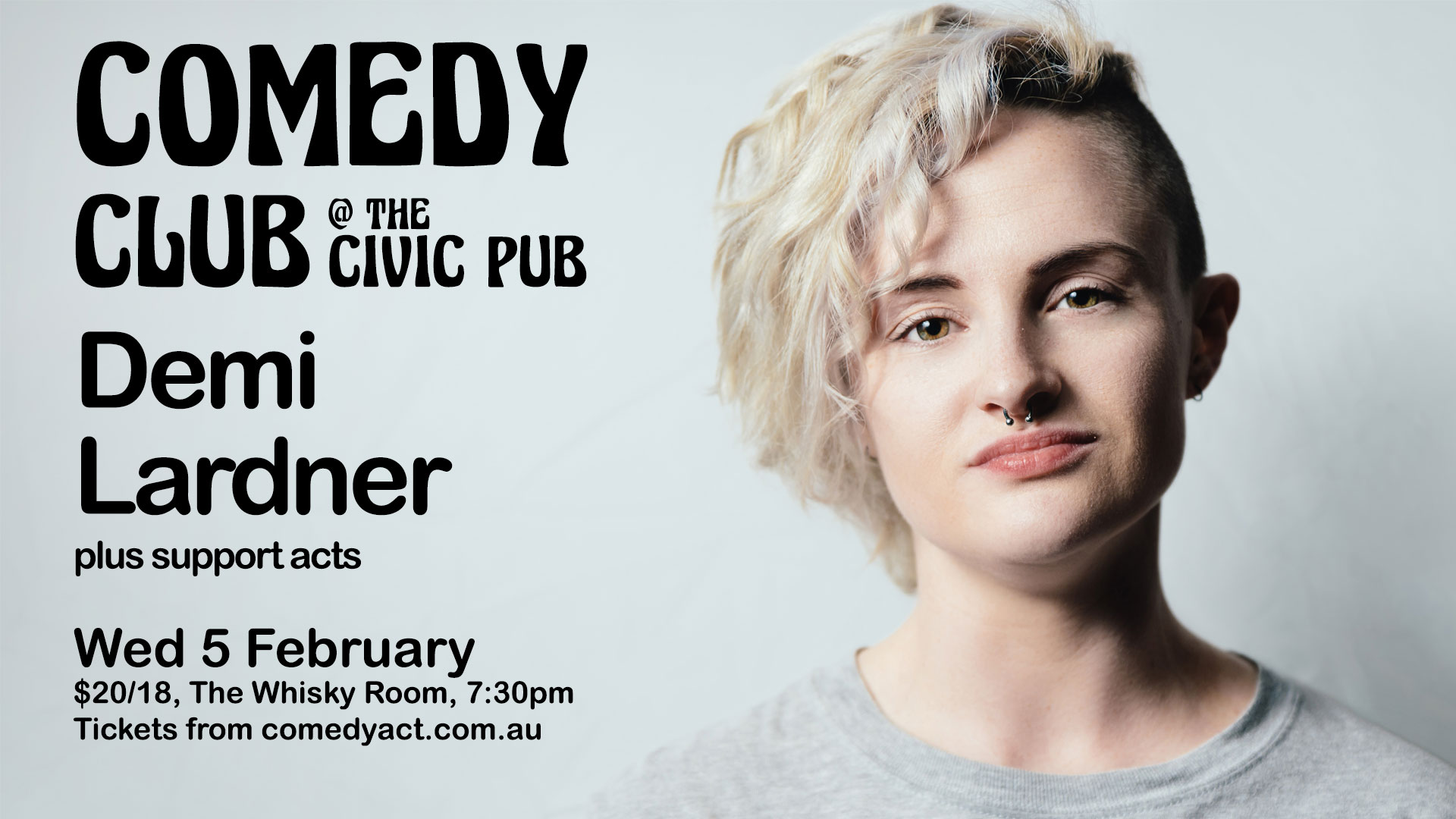 Demi is back in Canberra after her last show at Civic Pub sold out.

Demi Lardner started out at just 15 and has been an unstoppable force on the live comedy scene ever since. Self described as a ‘Horrid Little Troll In Boy-Skin’, her unpredictable and high-energy live performances along with numerous podcast collaborations has seen this Australian based comic spend the past few years blazing around Australia and beyond sharing hilarious, surreal, and at times just straight up awkward comedy. Demi has picked up a solid and healthy slew of fans along the way, not to mention a seriously impressive swag of awards.

Demi was most recently awarded the PINDER prize at the 2018 Melbourne International Comedy Festival for her latest physically relentless and quirky gut-buster ‘I Love Skeleton’. Ms. Lardner will also be keeping the laughs coming via her most recent podcast endeavour: bigsofttitty.png (In her words: we are with sanspants radio and we are very good).