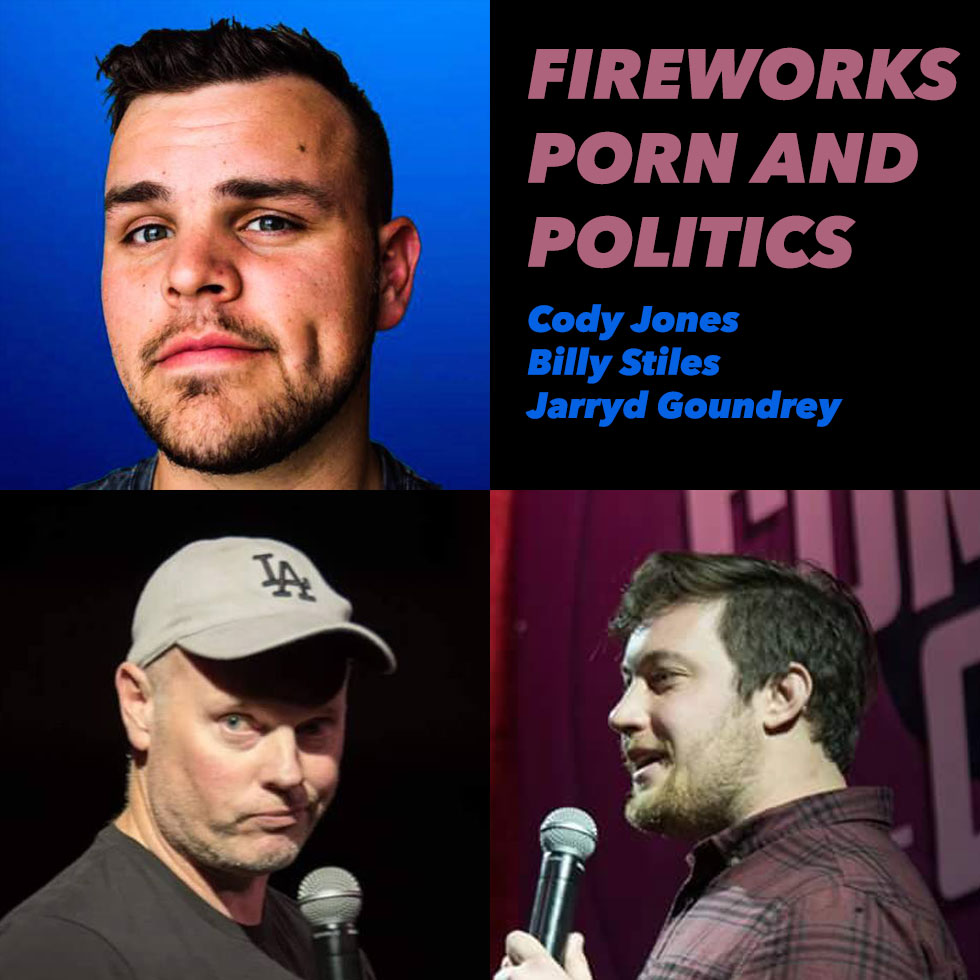 Cody Jones is fresh back from shows in the United Kingdom and a veteran of the Victorian comedy scene. His wit and captivating story telling will have you begging for more.

Billy Stiles is a two time Melbourne International Comedy Festival Sell out act. He has appeared on Comedy Central and performed in venues all across this great nation. His dry sense of humour is not to be missed.

Jarryd Goundrey is packed full of energy and is happy to share it. With his record breaking run at the Melbourne International Comedy Festival and sold out shows in Perth and Brisbane, no one is happier to be here than him.

All Tickets are $12. Book online by CLICKING HERE