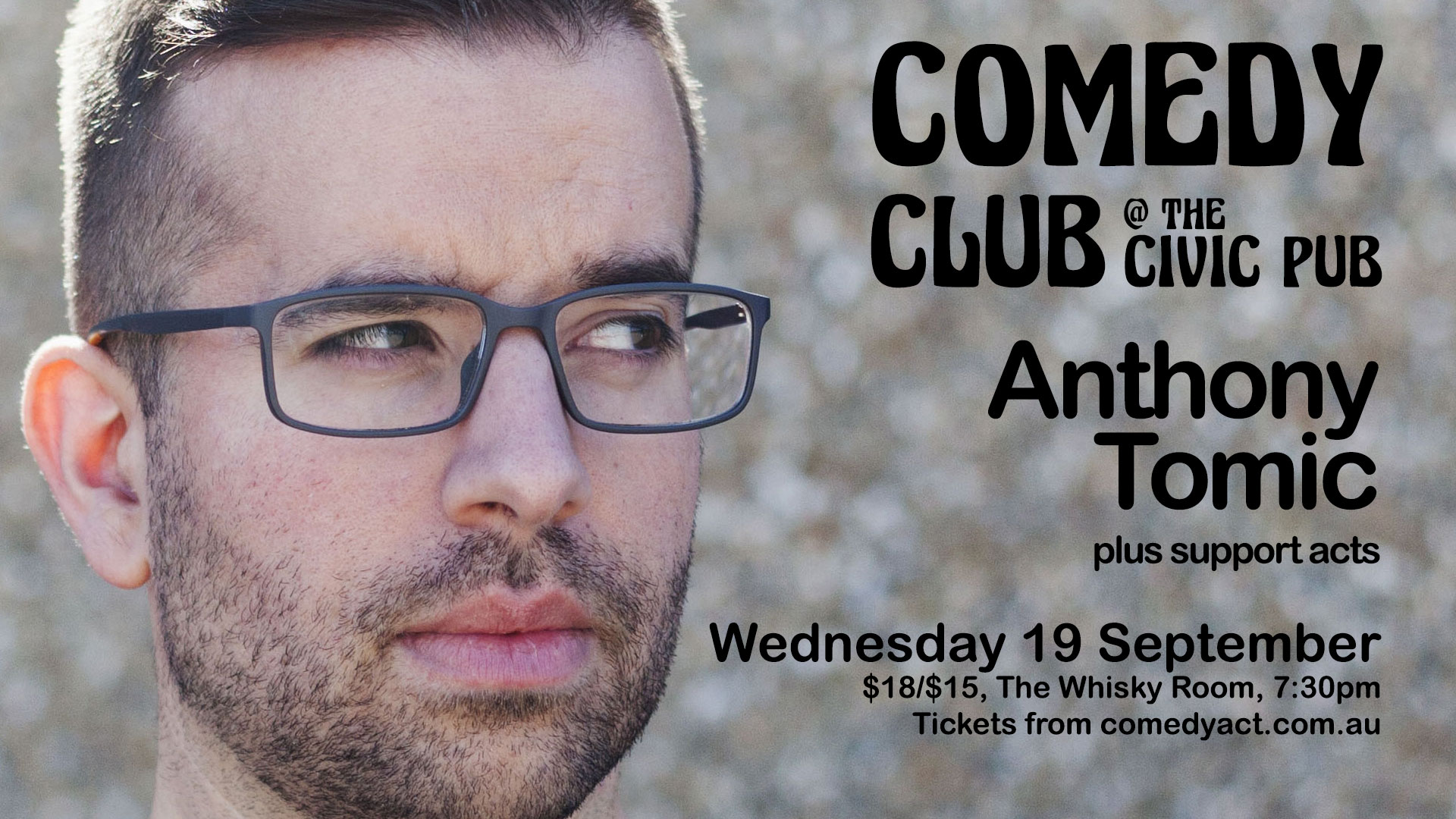 Anthony Tomic is a Canberra comic who has had a massive 2018. He sold out his debut solo festival show here in March, before performing in the Melbourne International Comedy Festival (and a bunch of other places). Join Anthony for a night of gags and his unique storytelling style (the secret is lying a bit!)

“it’s hard to imagine the outrageous entertainer in any sort of a desk job.” – Beat magazine

THIS EVENT IS NOW SOLD OUT