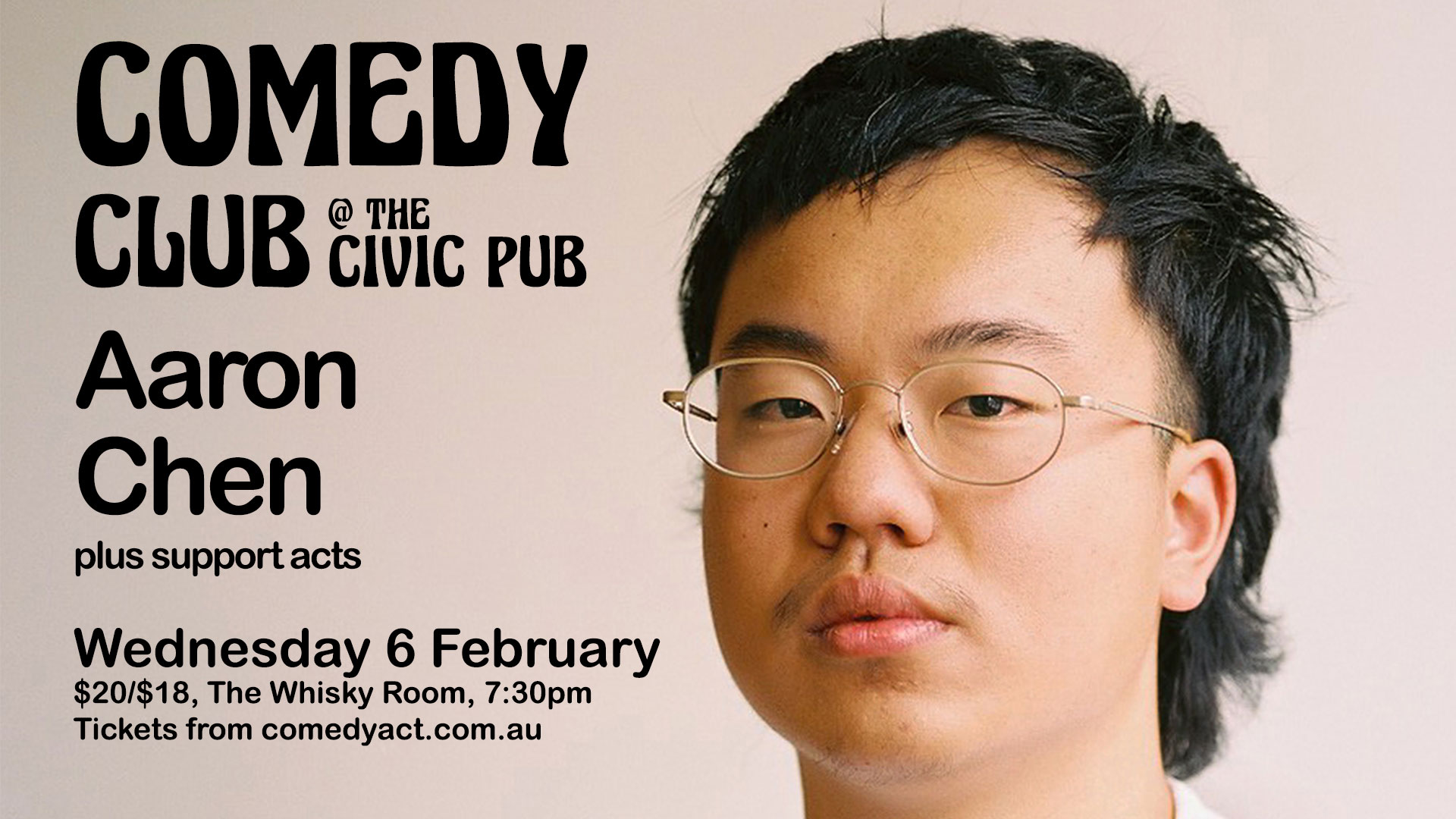 He’s back!!!   Sydney boy Aaron Chen is a stone cold killer with exquisite mic technique, and he’s going to bring you the freshest and most splendid comedy you will have ever seen.  It’s been a year and a half since his amazing Civic Pub show and without a doubt this show will sell out.

Aaron made his mark on Australian comedy with his debut solo show entitled ‘The Infinite Faces Of Chenny Baby’. He toured nationally in front of sold out crowds and rave reviews earning him the sought-after award for Best Newcomer at the 2017 Melbourne International Comedy Festival and Sydney Comedy Festival. That was a very interesting year for Aaron.

Quite by accident he became the face of Soccer after his live reporting at the Liverpool vs Sydney game caused controversy amongst fans. The unconventional interview went viral and was loved by viewers that got the joke and hated by others. Aaron also starred in his very own Tonight Show, aptly named Aaron Chen Tonight filmed live in Café Lounge, Surry Hills earlier in the year and broadcast on ABC TV. Previous to this Aaron has amassed quite the collection of awards including Melbourne International Comedy Festival’s Class Clowns in 2012, the Director’s Choice Award alongside a couple of other troubled boys in 2016, and the 2013 Raw Comedy State final landing himself in the National Grand Final when he was just 17.

Aaron will appear with local supports