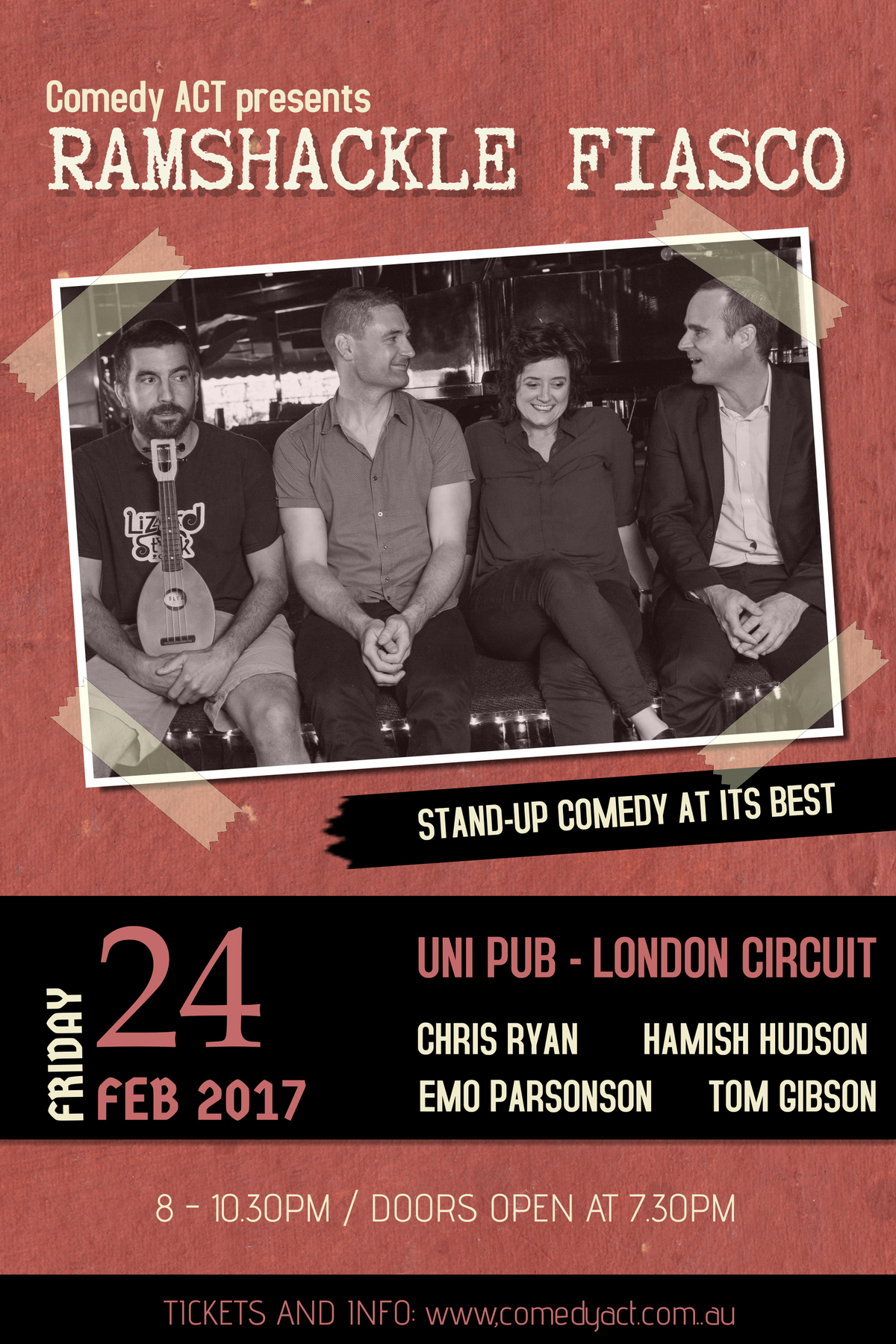 The Uni Pub Comedy Club welcomes back Canberra Comedy legends, Ramshackle Fiasco for one night only.

After selling out their debut show at the Sydney Comedy Festival in 2016, Ramshackle Fiasco are back with a brand new show.

Tom Gibson, Emo Parsonson, Hamish Hudson and Chris Ryan have performed at festivals and comedy clubs across Australia and pack a killer line up into one big show.