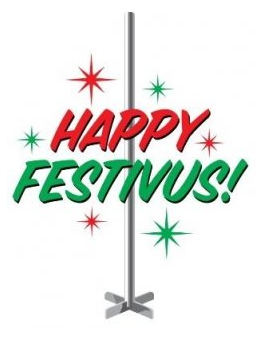 2016 is (nearly) in the book! Come and join a motley bunch of local Canberra comics – a ragtag bunch of atheists, agnostics, and at least one Catholic who finds tinsel ‘distracting’ – as they lament their issues with the year gone by, most of it self-inflicted.

Festivusities include: Admiring an Aluminium Pole; Airing of Grievances; Feats of Strength