Comedy Club at The Civic Pub with Andrew Bensley and Friends 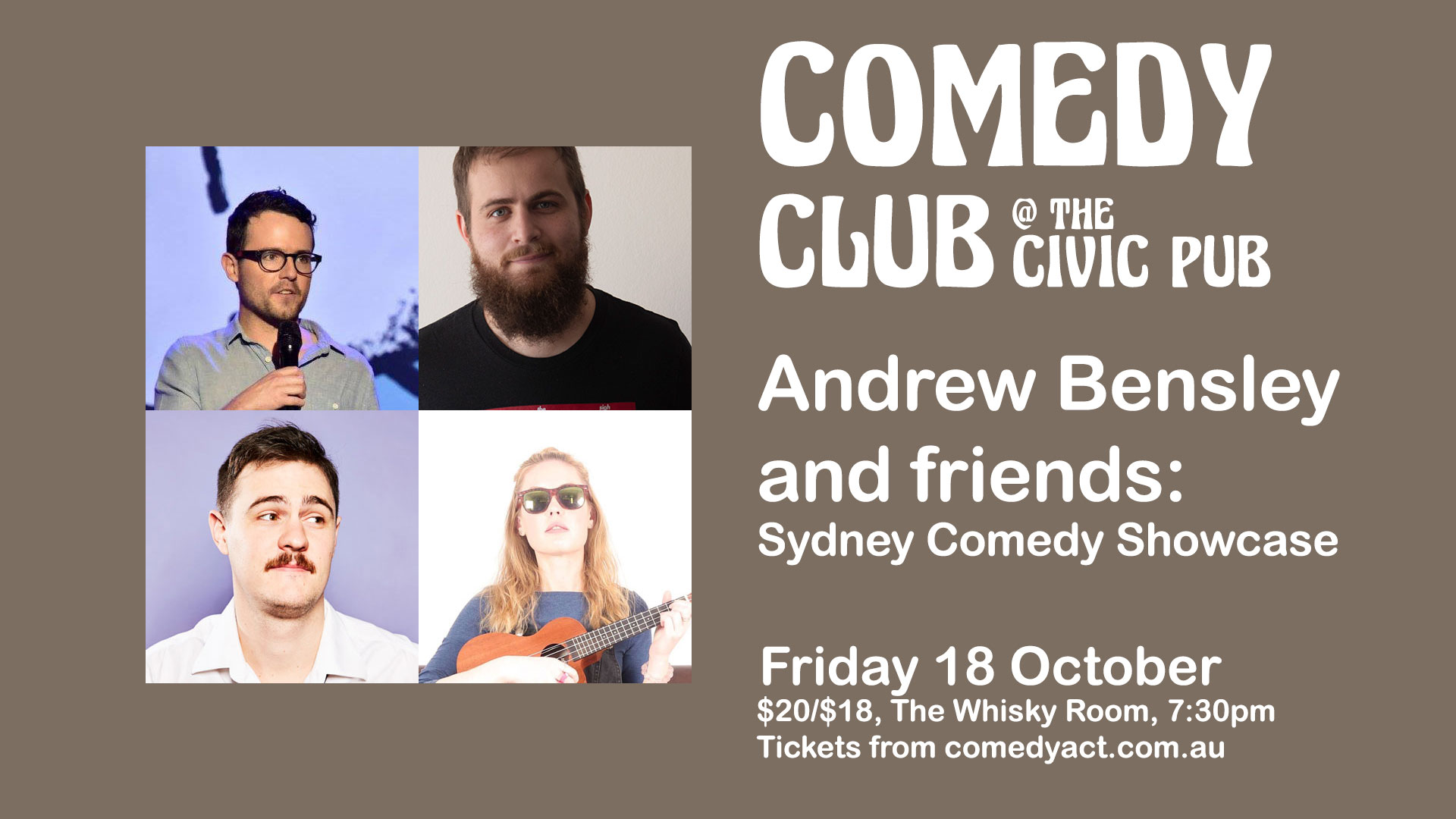 Former Canberra comic and Queanbeyan ambassador Andrew Bensley is back in town for a night of laughs with some of Sydney’s funniest comedians.

Steph Broadbridge is a female musical comedian. If you like females or music or comedians you might like her. You might not. Live entertainment is a gamble. Steph has headlined and hosted gigs all over Sydney. She was a Raw Comedy National Finalist if that is important to you. It certainly is important to her. She tells everyone. She also tells everyone that she performed at Splendour in the Grass last year and this year.

“She broke someone with laughter” -Hugging comedians (MICF 2018)
“Steph Broadbridge was easily the stand-out performance of the night with her sharp, mischievous and unpredictable humour and perfect comic timing.” –weekendnotes.com (MICF 2019)

Originally from Newcastle now based in Sydney, Alex White has spent the past four years travelling all around Australia and New Zealand, performing at comedy clubs and festivals such as Adelaide Fringe and the Melbourne Comedy Festival. In 2017 he performed across the USA and Canada and debut his solo show at Edinburgh Fringe which sold out for every show.

Jamie is a Sydney-based comedian and comedy-room runner. He is a regular performer and host at some of Sydney’s best comedy venues and has appeared at Melbourney Comedy Festival and Sydney Comedy Festival . In addition to this he is one of the runners of Powerbomb Comedy, a collective that puts on a stand-up show every Friday night, featuring some of Australia’s biggest names.