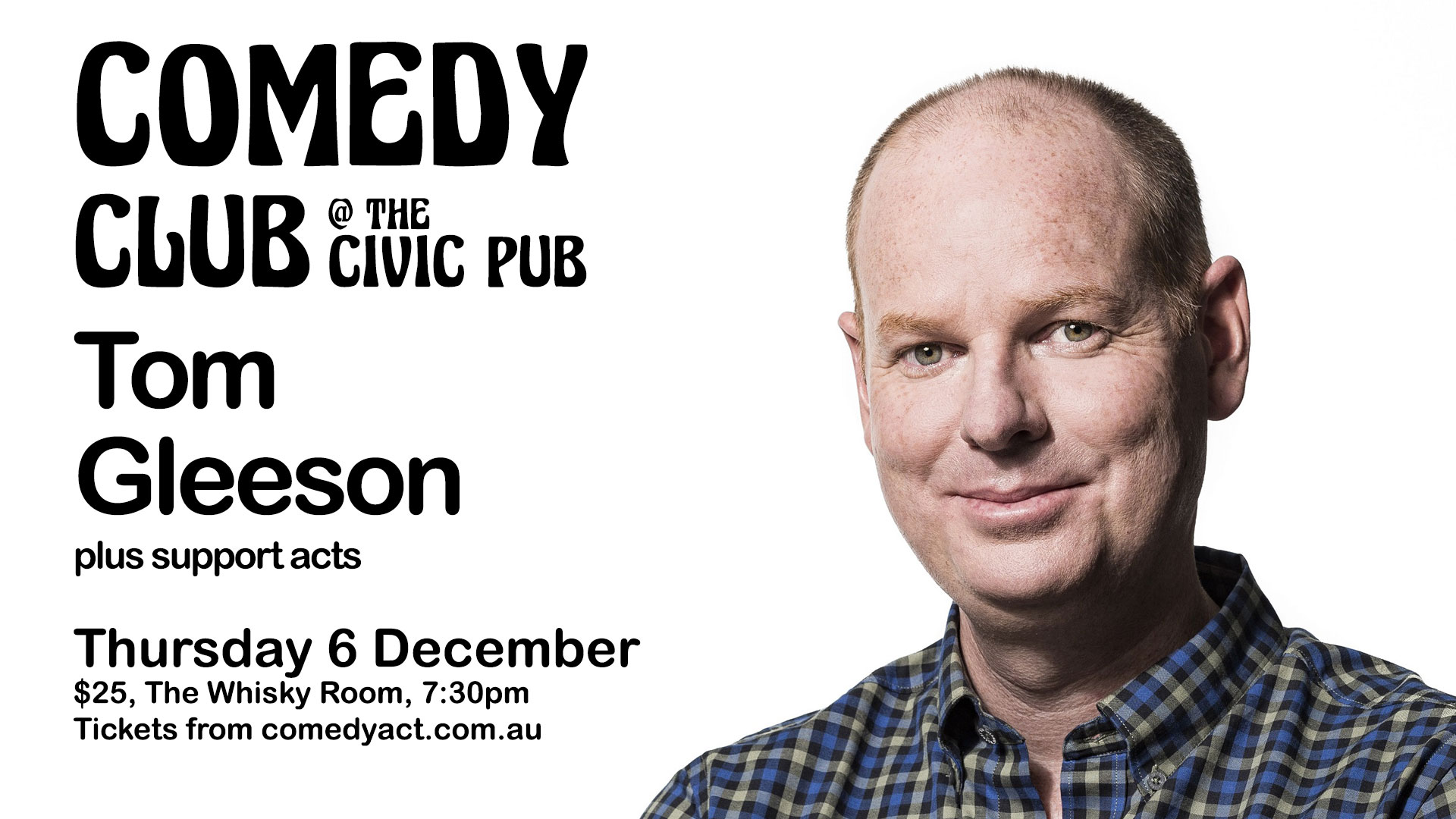 Tom Gleeson is in every Aussie comedian’s Top 5. A true master of the craft, he remarkably gets better each year, a phenomena that ensures other comics sneak in the back of his always sold out shows.

He’s performed at every major comedy festival in the world and has been nominated for a Helpmann three times. A sure fire, killer stand-up at the top of his game.

Tom is a core cast member of ABC TV’s The Weekly, and based on his stand out segment on that show, he now hosts his own smash hit quiz show on the ABC, Hard Quiz.

Tickets are $25 and can be purchased HERE

This will be the hottest ticket in town as we only have 70 seats to sell.    No door tickets are expected to be available.