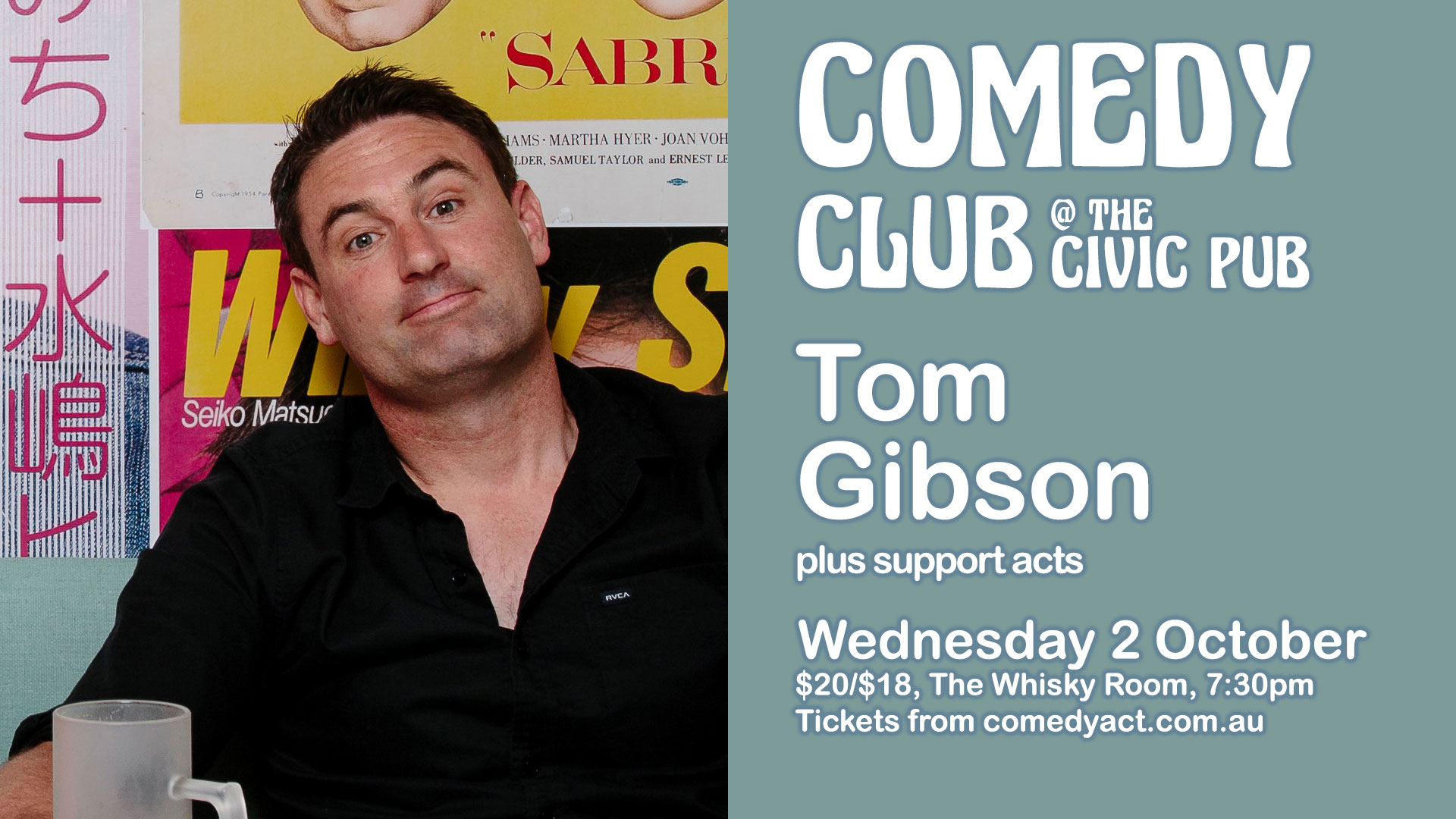 Tom Gibson has become Canberra comedy favourite for his relentless wit, finely-tuned writing and outrageously funny crowd work. So far in 2019, he’s sold out his Canberra Comedy Festival show for the third straight year and performed a thirteen-show run at the Melbourne International Comedy Festival with the hilarious, Chris Ryan. Tom regularly performs across Australia and is the co-host of The Bright Side breakfast show on 2XXFM.

The show will be hosted by Jacques Barrett, with supporting sets from Emo Parsonson, Sue Stanic and Benny Eggmolesse.