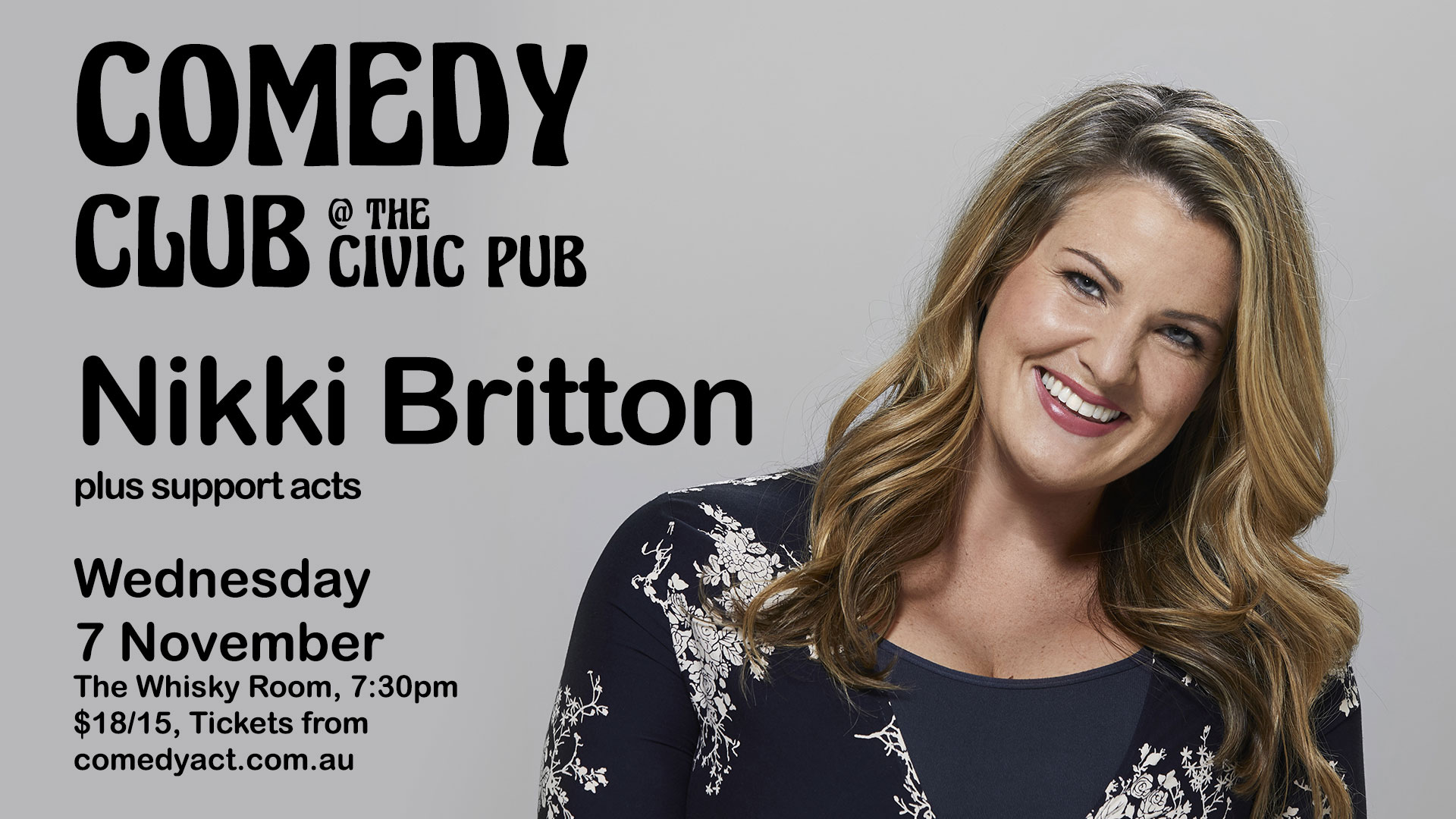 Nikki Britton started out as an actor and exploded onto the comedy scene in 2011 with her warm, lighting paced style that has seen her appear on ABC’s Comedy Up Late and on The Comedy Channel as part of the Just For Laughs Festival.

She has performed for the last 5 years with The Melbourne International Comedy Festival Roadshow, and recently returned from India where she was a part of the Bengaluru Comedy Festival for the first time. She has also performed internationally at LA’s Laugh Factory, The Hollywood Improv and The Edinburgh Festival Fringe.

Her most recent solo hour, Romanticide, was nominated for Best Comedy at the 2017 Perth FringeWorld Festival and as a playwright, she was nominated for a GLUG for her work on Hidden Sydney. Her podcast The Other Half will be released in 2018 in partnership with ABC.

Nikki will appear with local supports.