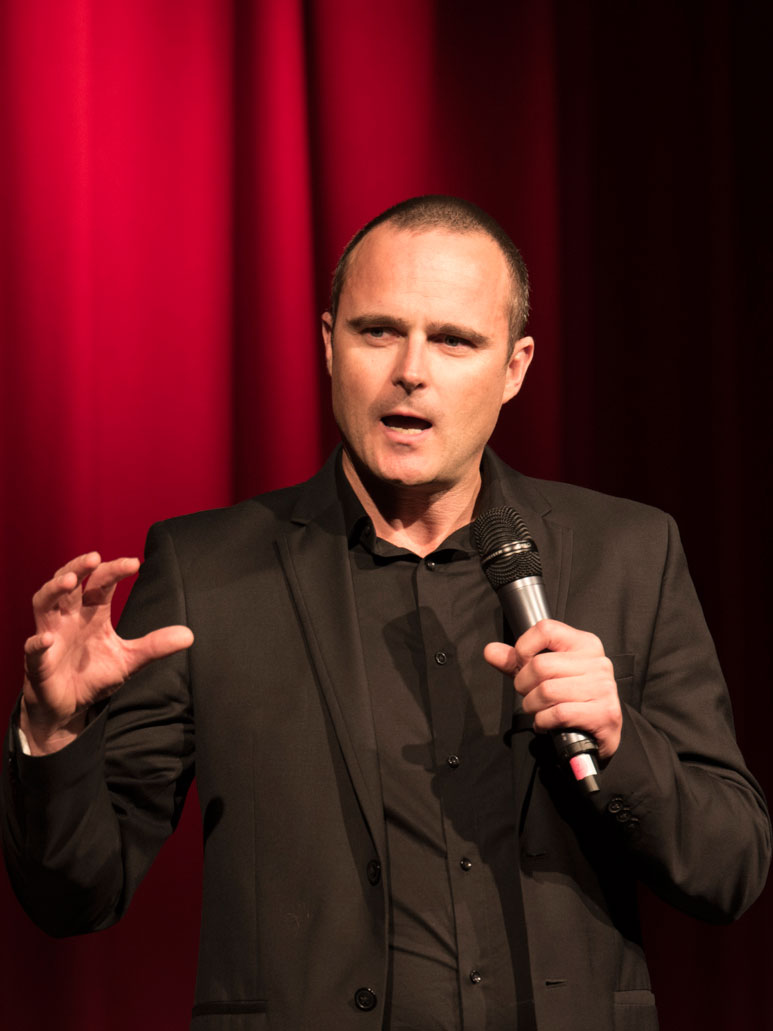 Emo Parsonson, an ex-shearing comedy maverick and father of three hailing from Wee Jasper. Is there anybody else in the world who can say that? No. Emo decided to give stand-up comedy a go after his shearing career didn’t work out and he hasn’t looked back, or has a bad back. He can never remember which.

Emo is a veteran of the Melbourne International Comedy Festival and has also launched and promoted live comedy shows throughout regional NSW as part of a self-guided plan to bring comedy to the bush. This has resulted in comedy being brought to towns such as Wagga Wagga, Goulburn, Yass, Cootamundra, Bateman’s Bay and Wee Jasper. The Wee Jasper show was delivered off the back of truck parked in the local pubs beer garden.

The show will be hosted by David Graham, with supporting sets from Hamish Hudson, Chris Ryan and Tom Gibson.