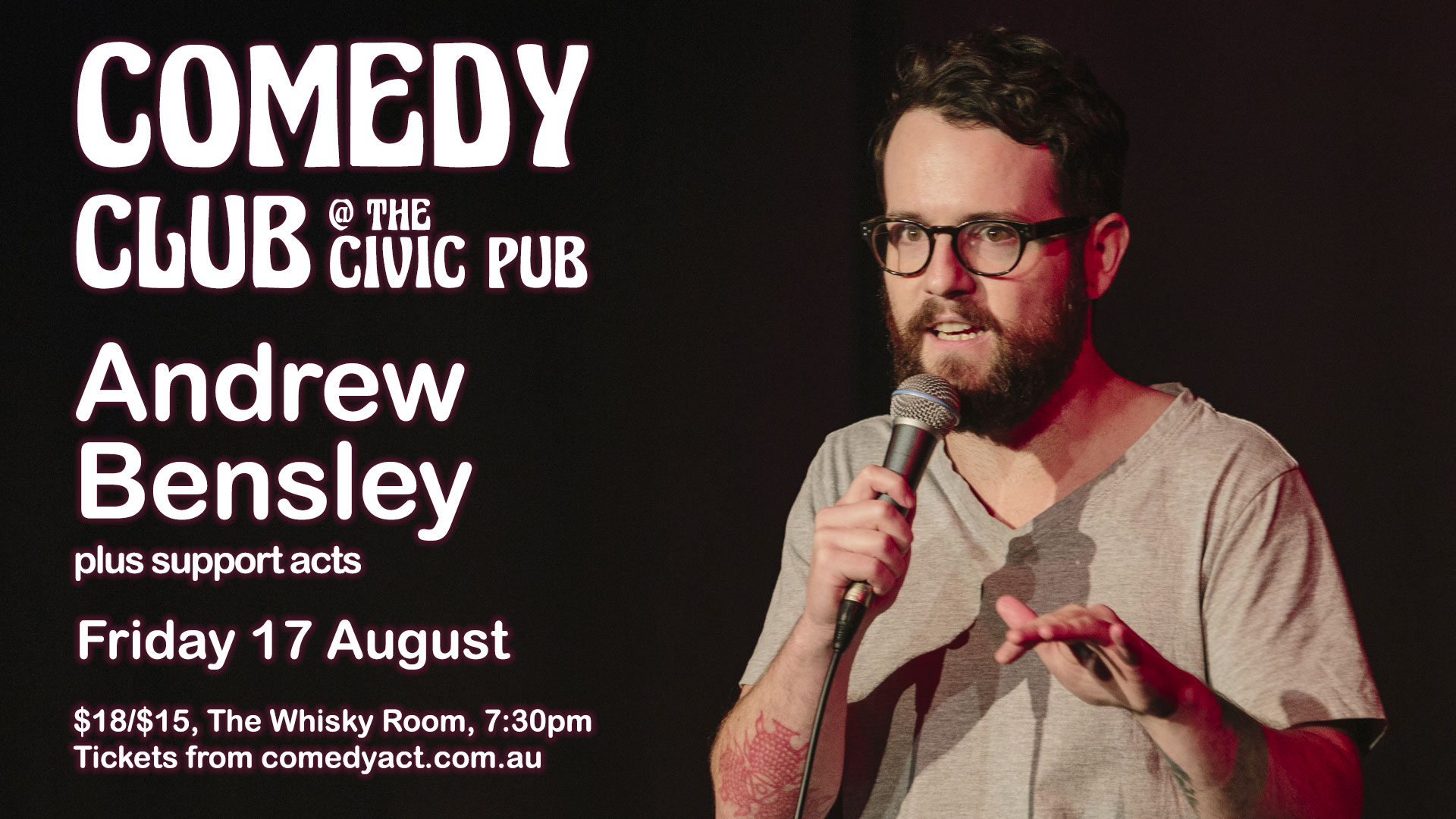 “Former Canberra comedian Andrew Bensley is back in town for one hot night of goofs, yarns and maybe a cheeky riff or two. After making the Raw Comedy national final last year Andrew has been gigging it up all over the country, from Goulburn to Orange and everywhere in between (Sydney and Melbourne).

‘shared his stories with the audience effortlessly and eloquently’ – Beat magazine”

MC for the show will be Tom Sanderson, with supporting sets from Anthony Tomic, Steph Broadbridge and Nick Smith.