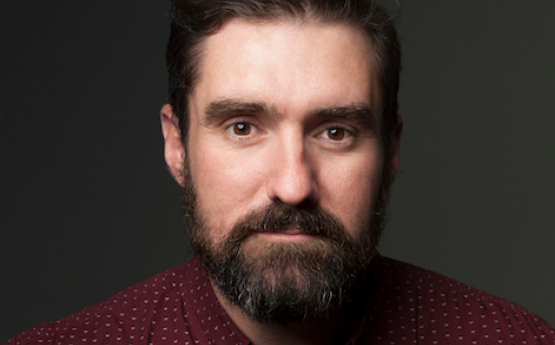 BUNKER COMEDY HAS MOVED TO A NEW NIGHT

For the next few months we’re on the second Thursday of the month, starting off with Andrew Barnett.

Andrew’s Comedy career began in 2010 when he made the NSW State Final of Raw Comedy. Since then Andrew has become a fixture of the Sydney comedy scene. Andrew has established himself as a crowd favourite across the Sydney Comedy Scene and beyond. He has performed in cities and towns around Australia.

Andrew has worked with comedians from across Australia and the world. He has opened for some of the finest International acts to visit Australia including Dom Irrera (USA) and Ian Bagg (Can). Andrew has also worked with some of the biggest names in Australian comedy including Akmal Saleh, Dave Hughes, Fiona O’Loughlin, Glenn Robins and Dave O’Neill.

In 2013 Andrew was invited by Australian Rock icons the Hoodoo Gurus to host the Comedy Stage at the Sydney leg of their invitational music festival ‘Rip it Up’.

Andrew has performed at numerous festivals across Australia, as a solo performer and part of ensembles. Andrew’s 2015 Sydney Fringe Festival Showwas described by The Daily Telegraph as a “knockout show”. Due to popular demand, Andrew’s 2015 Fringe Festival season was extended to include an encore performance.

In 2015 Andrew won the comedy prize in the ANZ Blue Rooms Competition as part of the Sydney Morning Herald’s prestigious Spectrum Now Festival.

In 2016 Andrew was selected to be part of the FRESH program at the Sydney Comedy Festival, which highlights the best emerging comedians in the festival.

Andrew has a relaxed, affable style which belies a razor sharp wit. His comedy is filled with insightful observations and witty anecdotes. Andrew is sure to be a crowd favourite wherever he performs.

With local supports to be announced this is going to be a cracking night, come on down the club.