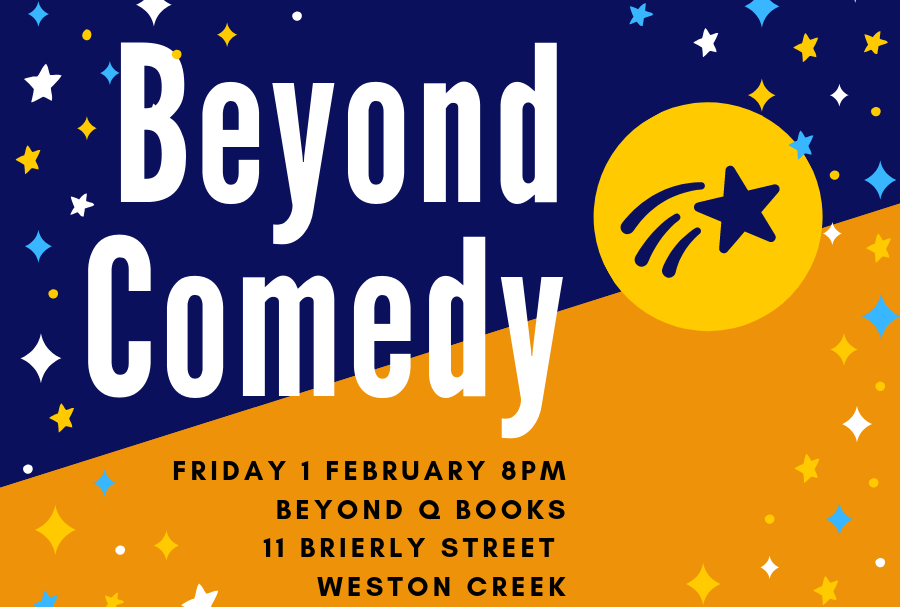 We’re so relaxed from our Summer holidays that we’ve let Beyond Comedy January slip into February (just this once)!

Join us for a searing hot night of comedy (in air-conditioned comfort) in the lead up to the Canberra Comedy Festival when all our comedians test out their new wares for your enjoyment!

Featuring Chris Ryan, Bill Makin, Anthony Tomic, Tanya Losanno and a spot from a local favourite on the acting scene but absolute first timer to stand up comedy, Antonietta Martiniello plus more acts to be announced.

Early Bird $10 tickets on sale now online until 5pm Sunday 20th Jan, after which they will be $12.