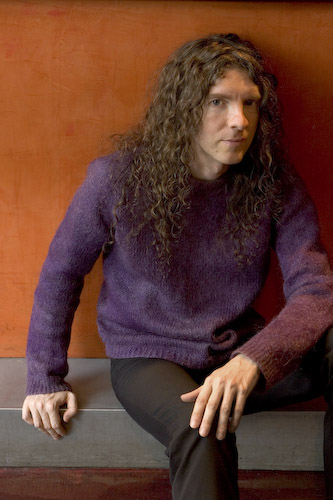 One of Australia’s most in-demand comedy writers, he initially ventured onstage “just to do something with the leftover material”. Six months later he won the NSW Final of the Funny Business/Triple J “Make Me Laugh” Award (the forerunner to Raw Comedy), and went on to win Comic Of The Year.

At the start of 2000, he shifted base to London to perform on the U.K. and Irish stand-up circuits, and recorded two sets for the Live At Jongleurs stand-up series.

In August the following year, he recorded for the BBC’s prestigious The Stand Up Show.

In 2003, he shifted base back to Sydney to take up a number of writing offers, returning to Europe for seven weeks in 2006 to tour stand-up venues in the U.K. and Germany, and again in 2010 for a series of dates in England.

In 2012, he was selected by Henry Rollins as support act for the punk orator’s east coast tour.

In addition to stand-up, Bruce has had his writing output consumed by a Who’s Who of local and international laughter, from Emmy-award winners Jason Alexander and Rich Hall (The Late Show with David Letterman) to Adam Hills, Andrew Denton, Wil Anderson, Bette Midler, Paul McDermott, Doug Mulray, Raymond Crowe, Amanda Keller, Adam Spencer, Anh Do, Elle McFeast and Artist Services’ and The Comedy Channel’s sketch comedy ensembles. He has even written for Kamahl.

He was one of the core writers for Good News Week and The Glass House, and his extensive TV writing credits also include Andrew Denton’s David Tench Tonight, Enough Rope, Denton, The Money Or The Gun and Blah Blah Blah, as well as Anh Do’s The Squiz, Adam Spencer’s F.A.Q., Live & Sweaty, sketch programs Fast Forward and Full Frontal, and his rapidly-growing animation CV includes Figaro Pho, The Flamin’ Thongs, Winston Steinburger & Sir Dudley Ding Dong and, for the BBC, Bottersnikes & Gumbles and Dennis The Menace & Gnasher.

His writing has picked up nine Australian Writers’ Guild Awards for Comedy and two for Animation.